Snakes in the Whitsundays 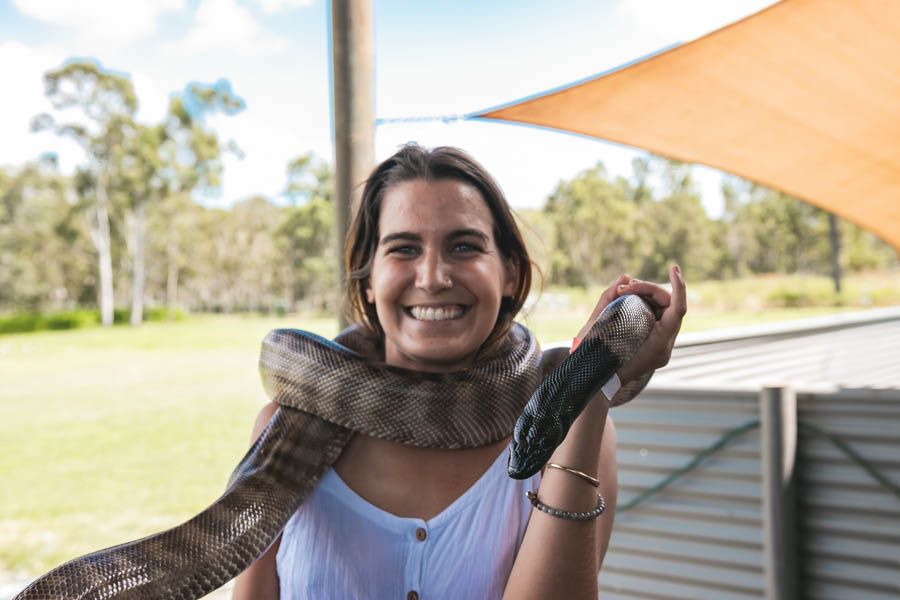 Shy animals by nature, snakes, both venomous and non-venomous, are rarely seen in the Whitsundays and surrounding area. However they still maintain stable populations throughout the area, and are more often spotted during the warmer months of the year between October and March. Within the Whitsundays, you can find dozens of difference snake species. Varying from pythons and grass snakes to their more lethal relatives such as the eastern brown snake or taipans, they are most often seen in backyards, gardens on sunbathing on the roads. The most commonly spotted snake is the green tree snake, which is harmless to humans and are quite beautiful to see!

Most species of snakes, venomous or not, will mostly try to avoid conflict and humans beings at all costs. Despite this fact, they are still feared by most people who are uneducated about their nature and wary of their presence. There are about 140 species of land snakes in Australia, 100 of are venomous, of which only 12 are likely to kill you. Of the total population of snakes in the world, about 20 per cent are venomous. Of all of these species, most of them are likely to flee if they feel threatened or sense humans nearby. However, many snakes when cornered will strike, so to be safe it is always advised to stay away and never attempt to harm or kill a snake.

Like all reptiles, snakes are cold-blooded. This means their behaviour varies greatly depending on the climate and temperature of its natural habitat. In Australia, snakes are much more active and alert in the summer months when it is warmer. This is when many species emerge from hibernation to feed and reproduce, meaning this is when they are mostly commonly spotted. A common activity for snakes is to lie stretched out in the sun to warm their bodies, which is why they are often spotted on roads. As the snakes body and blood cool, it becomes slow and sluggish and is less effective at hunting and catching prey, therefore meaning the warmer they are, the better.

Reproduction in the variety of snake species in the Whitsundays is also very diverse, depending on the particular species of snake. While many snakes follow the traditional reptilian behaviour of laying eggs, some snakes give birth to live young. Almost all juvenile snakes are independent from birth, and instinctively begin hunting and feeding by themselves. 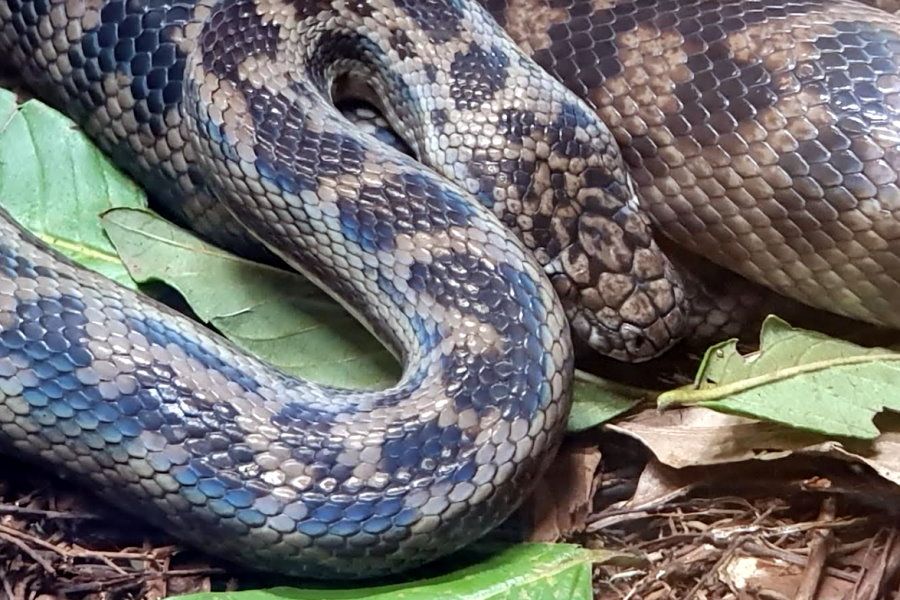 The Whitsundays is home to several snake species with both venomous and non-venomous species. The more dangerous species include taipans, which are considered among the world's most venomous animals, as well as tiger snakes, black snakes and death adders. All of these species are considered highly dangerous and people are advised to stay well clear. Non-venomous species include green and brown tree snakes and pythons. Pythons are known to grow to several metres in length, and will often be found living in sheds and roofs of suburban areas, where they prey on rodents. Even if they are not venomous, it is still advised to stay away from all species of snakes as they are wild animals and the less human disturbance, the better.

The Whitsundays are home to a diverse range of snake species, many of which are considered harmless and are a treat to see in the wild. They are also home to several species or venomous snake, while although rarely seen, should be accounted for by anyone visiting the area. Snakes pose little danger to human beings throughout the Whitsunday region, both on the islands themselves and the surrounding mainland, making this a great place to visit and be able to interact with the flora and fauna of the region safely.