See the Great 8 in the Whitsundays! 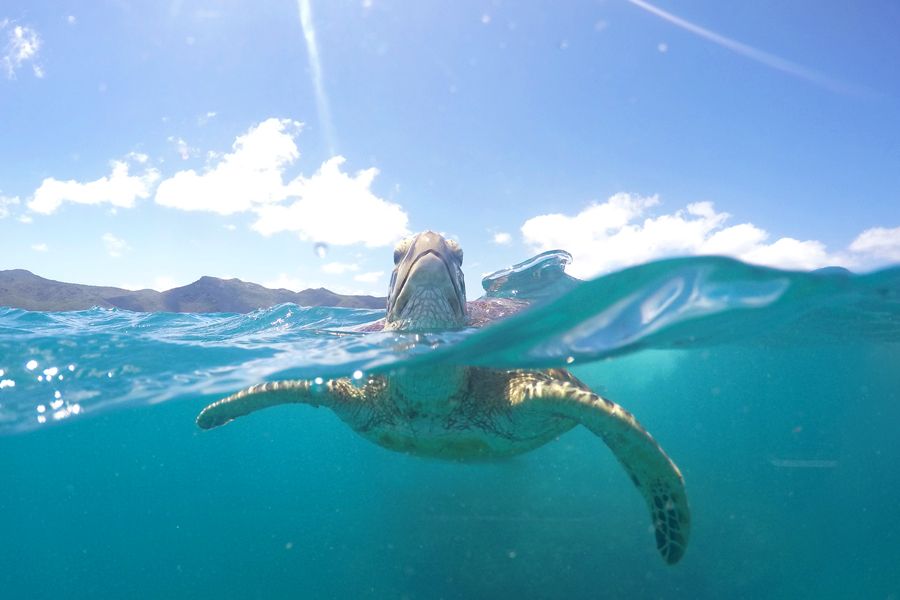 Australia’s ‘Great 8’ are a group of colourful characters found on the Great Barrier Reef, each with a unique and vital role to play in the ecosystem. As the gateway to the Whitsunday Islands, Airlie Beach provides the ideal opportunity to swim, snorkel or even dive with them all!

Giant clams are abundant among the shallower reefs of the Whitsunday Islands and are a beautiful sight to see year-round. Each clam can weigh up to 200kg and will remain in the same spot on the Reef for its entire life – this can be up to 100 years. Keep an eye out for their bright blue-brown mantle while snorkelling but approach carefully - they will close their shells quickly if they sense something nearby! 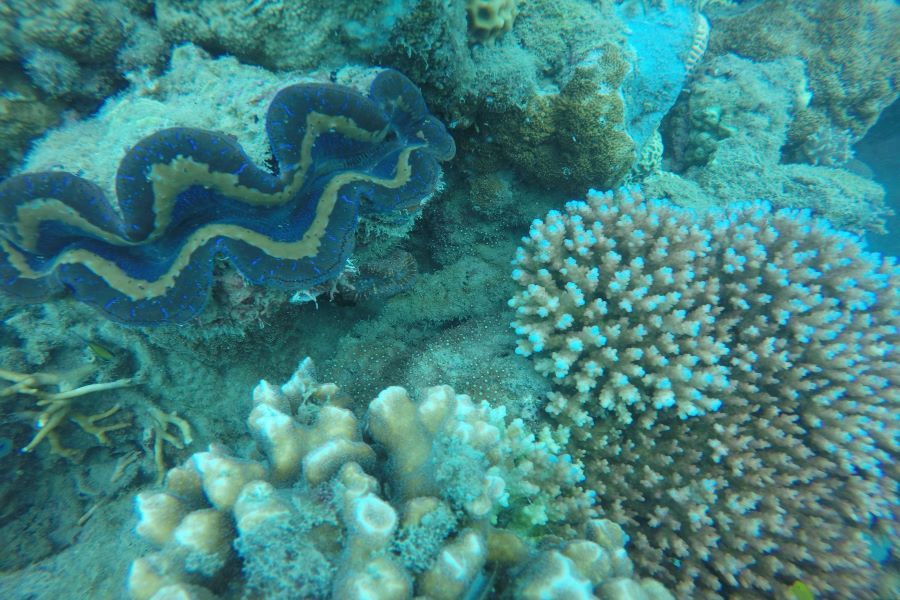 Mantas are extremely curious about snorkelling and diving visitors and often swim and swirl around them to get a closer look! With a wingspan of up to 7 metres, these gentle giants are more often seen during the colder months of May, June and July but can be spotted any time at the popular snorkel spot Manta Ray Bay off of Hook Island. Other hot spots include Lady Elliot Island and North Stradbroke Island. 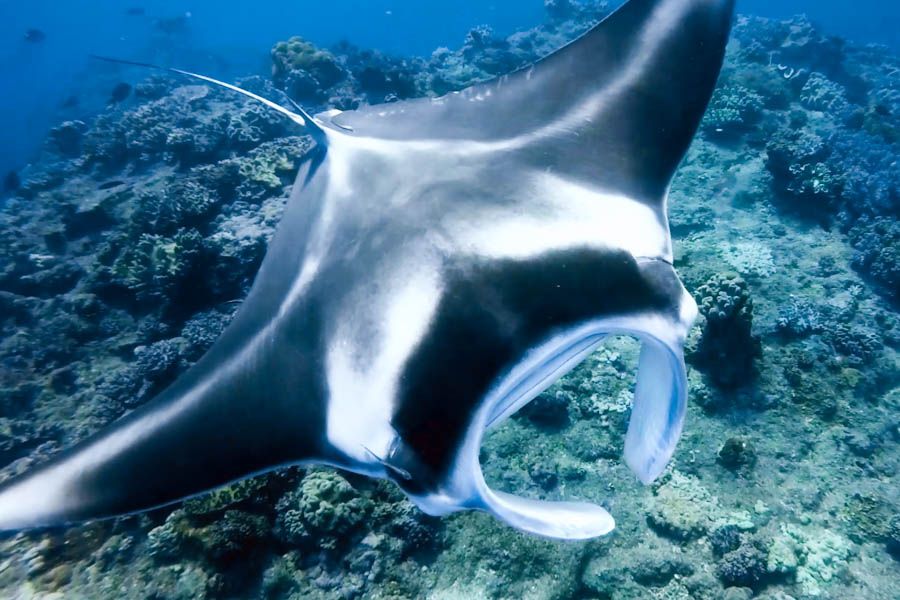 The Maori wrasse is probably the first member of the Great 8 you will meet - these large, friendly fish are always keen to say hello and photobomb a happy-snap or two! A few characters often turn up to meet the tour boats and have quickly become Facebook, Instagram and Twitter sensations. Several overnight charters or day boats will take you to Manta Ray Bay where you can visit our famous resident wrasse “George” and take a selfie with the big kahuna. Or, visit the Reefworld pontoon where the local star is “Wally”. 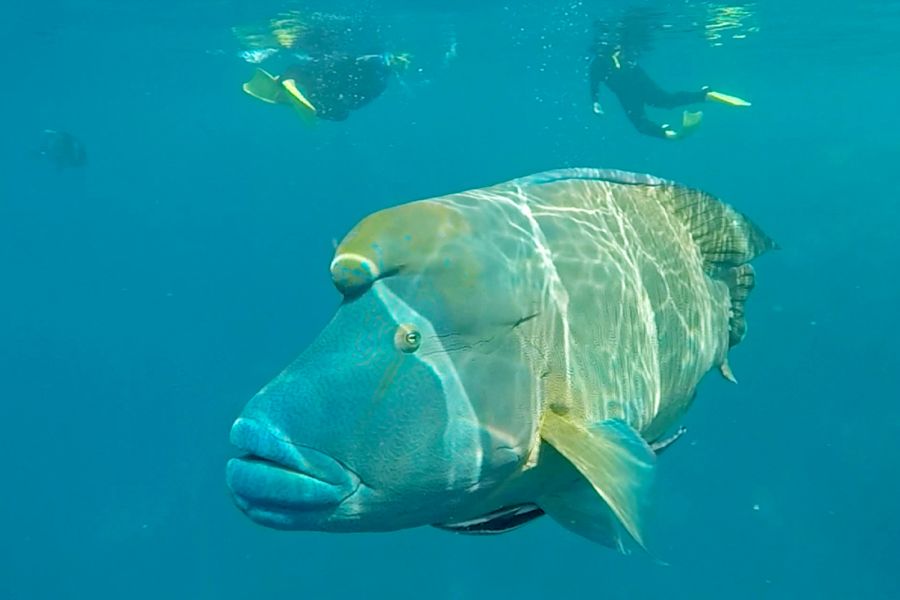 There are many shark species that call the Great Barrier Reef home and all play a vital role in its lifecycle and health. The most common sharks to see on the Reef year-round are the smaller, more timid and non-threatening species such as whitetip or blacktip reef sharks or the grey reef shark. Larger sharks such as wobbegongs, tiger sharks, bull sharks and hammerheads are seen occasionally by divers and are best viewed from a distance. For more information on how to be SharkSmart, click here. Be sure to visit Hill Inlet off of Whitsunday Island for some cute baby lemon shark action in the shallows! 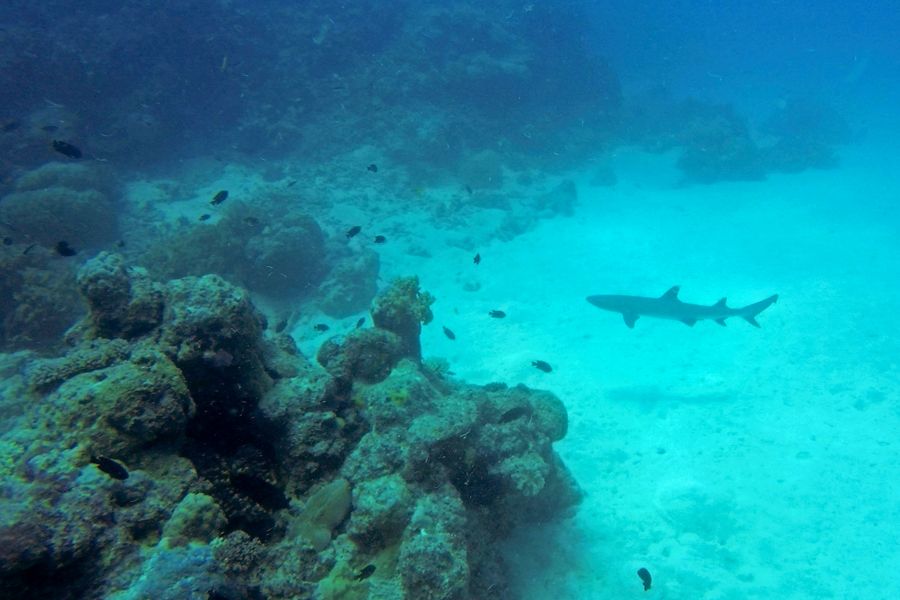 Nemo! We all know the little orange and white clownfish made famous by the movie Finding Nemo and this shy little fella is no stranger to the Whitsundays. Several different species of clownfish can be spotted along the Reef with popular spots including Manta Ray Bay and Catseye Beach on Hamilton Island. Your tour crew will be able to point out additional hotspots or, you can just keep swimming until you find them! 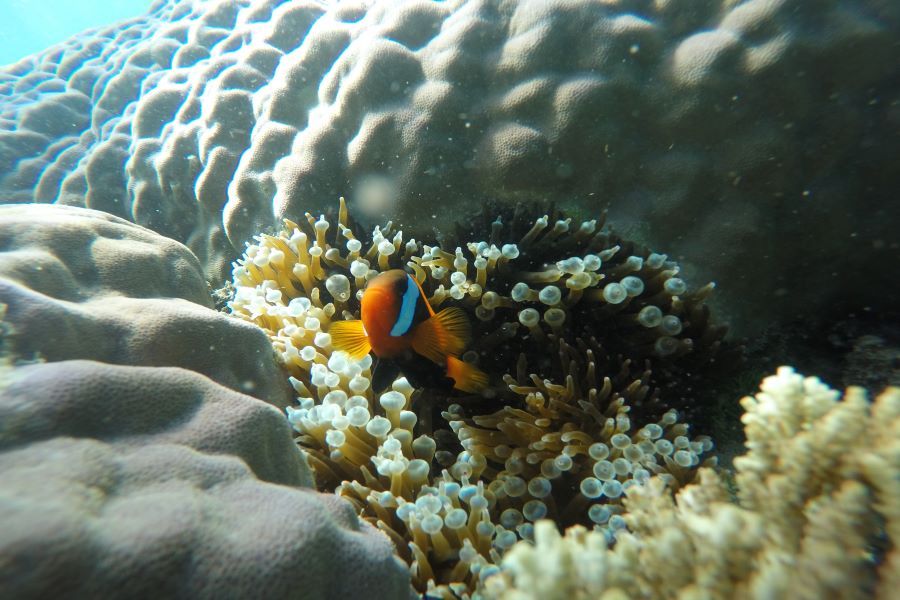 Did you know that a green sea turtle can hold its breath underwater for up to five hours?! The Great Barrier Reef is home to six of the seven species of marine turtles in the world but the most common around the Whitsundays is the green sea turtle. Turtles are frequently spotted while snorkelling on the coral reefs and seagrass pastures in Tongue Bay and at Langford Spit but can be seen throughout the entire area all year long. It’s always turtle time in the Whitsundays! 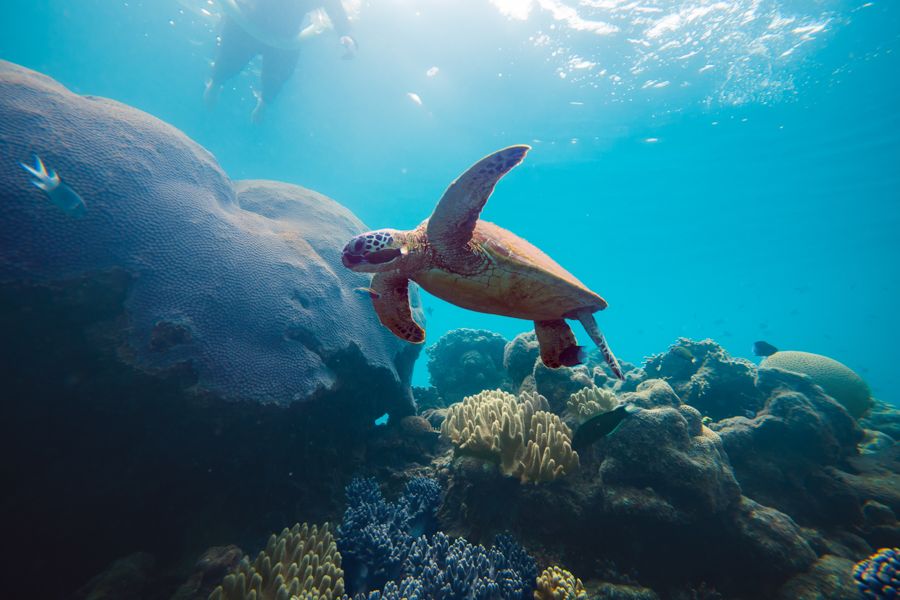 Potato Cod are very friendly puppy-like fish with distinctive brown markings in the shape of, you guessed it, potatoes! Similar to the Maori Wrasse, these fish are inquisitive of their Whitsunday guests and can grow up to two metres in length. While the infamous Cod Hole dive site is the best place to see Potato Cod, these fish are often seen in the Whitsundays following your torchlight during a night dive or enjoying the blue lights on the back of a boat. 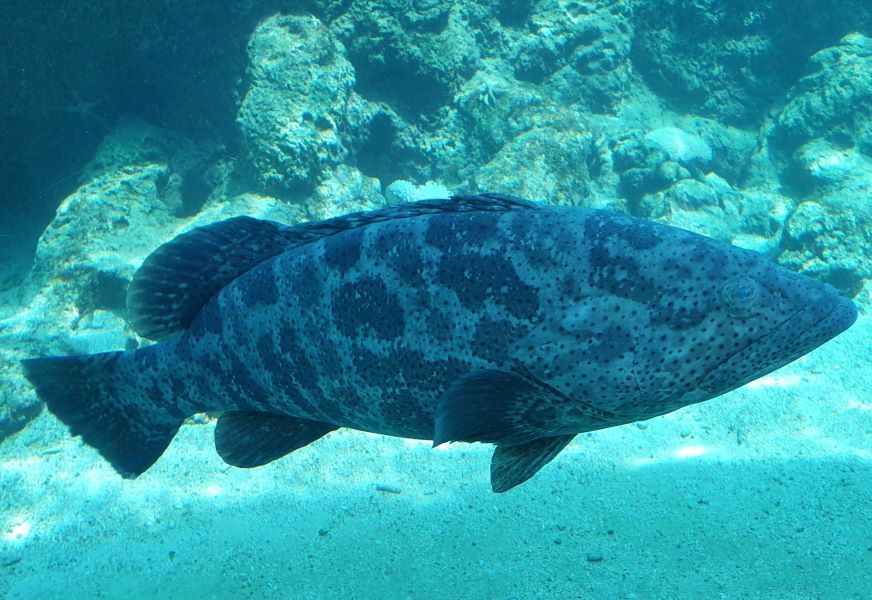 An encounter with a whale is an unforgettable experience that many people wish to cross off their bucket lists. Overnight sailing charters through the Whitsunday Islands is a popular way to view these beautiful creatures during their annual migration up north through the Great Barrier Reef. Although there are many species that make this journey, humpback whales and dwarf minke whales are the ones you’re most likely to see in the Whitsundays. Whales can be spotted breaching and putting on a show on an almost daily basis from June until late September. You may even get a chance to spot the famous white whale, Migaloo, or make eye contact with an inquisitive calf! 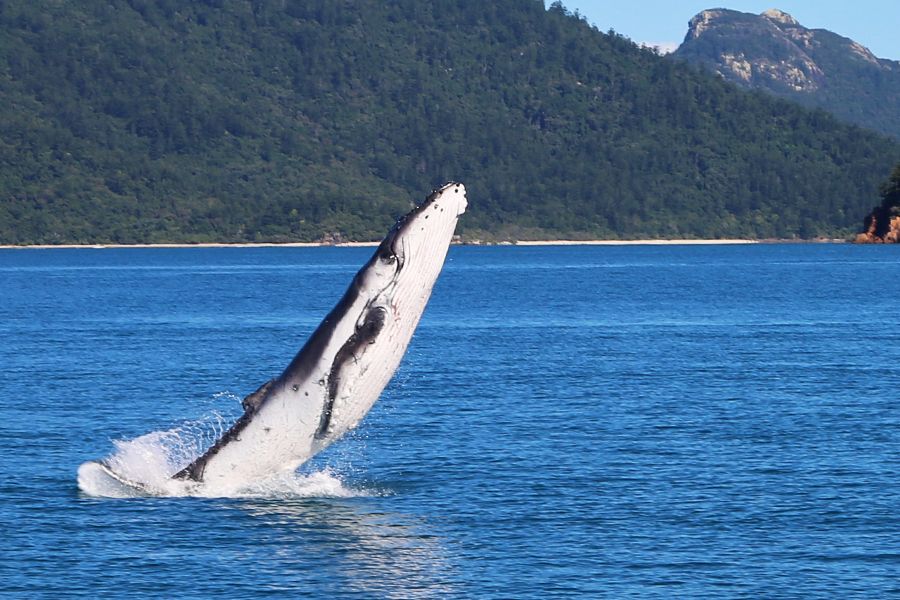 Are you ready to meet some (or all!) of the Great 8? Chat to our friendly marine animal enthusiasts to find out which tour is the perfect one to get you there!