Clownfish in the Great Barrier Reef 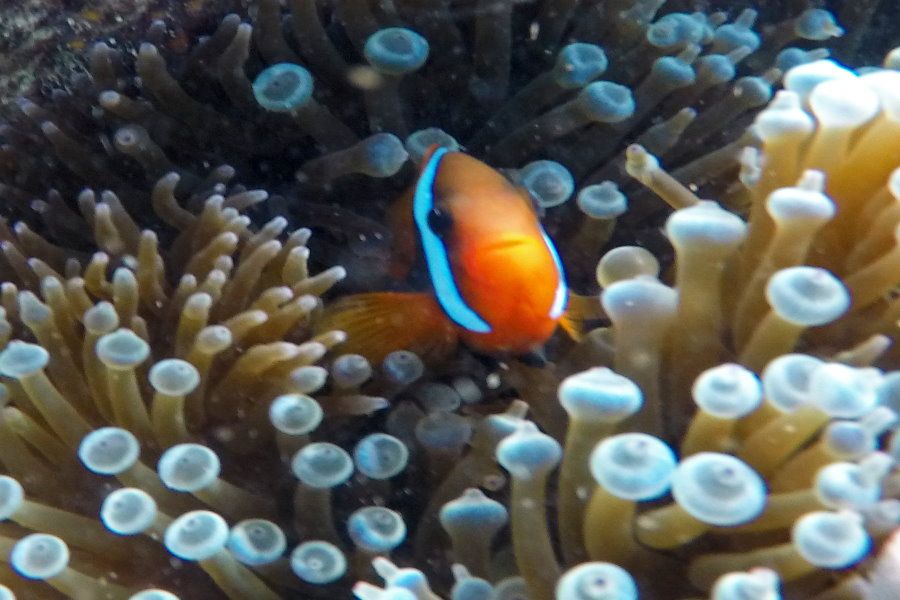 A rainbow of clownfish

The orange-and-white clownfish you know from Hollywood is only one of 30 species of clownfish that live in coral reefs around the world; small in size and big in personality, these tiny comedians have one of the most unique lifestyles in the reef.

The false clownfish, properly known as Ocellaris Clownfish, is likely the most well-known species and are from anemonefish family, so named for their tendencies to live inside of anemones, a soft coral. Ranging from orange and white to yellow and purple, they are a popular aquarium addition, as well as a sought after sight while snorkelling.

A fish of fame and fortune!

They made their claim to fame and quickly became one of the most well-known species on the reef ever since their starring role in Pixar’s Finding Nemo, which was released in 2003. The protagonist, Marlin (actually a clownfish and not a marlin) searches for his missing son, Nemo, who was snatched from his home by a scuba diver.

Clownfish are commonly found in coral reefs and are prominent in the Indian Ocean, the Red Sea and the western Pacific, living inside of anemones in small colonies. They can be shy and hide inside of their hosts, so keep an eye out when snorkelling or diving with soft corals, as they might be lurking close by!

They are found on the Great Barrier Reef and within the Whitsunday Islands and are a precious sight to see when snorkelling. There are several hotspots where they can be found, just ask your crew when you're touring and they will be able to tell you exactly where to look. Mantaray Bay has three colonies in itself, all living in their own host anemones! 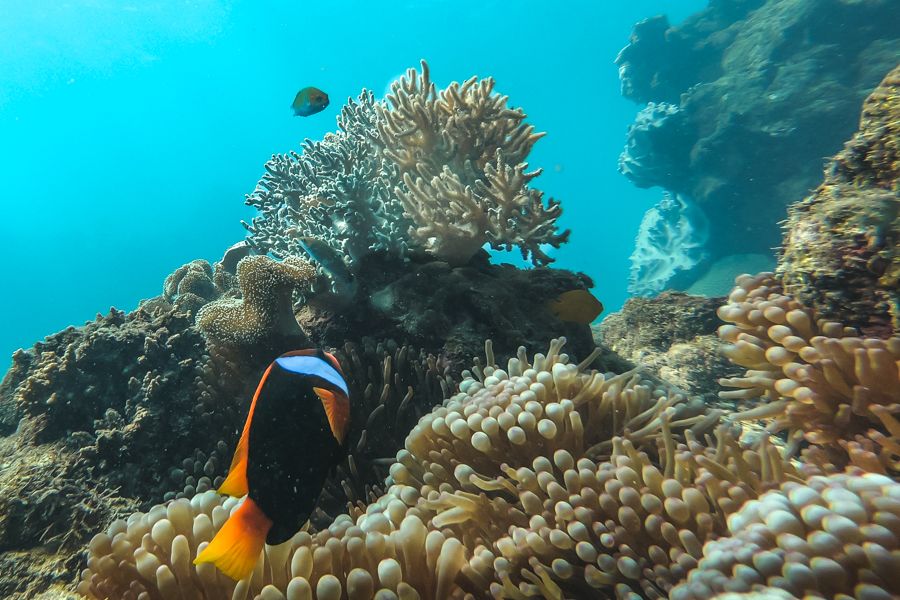 Anemonefish form symbiotic relationships with their host anemone. This means that they both depend on each other for survival and benefit from their mutual relationship. The anemone has fatal stinging tentacles which the anemone fish become immune to (by coating themselves in a layer of mucus that the anemone itself secretes) so they can live inside the plant without getting stung while staying away from predators. In return, they keep the anemone clean, eating debris and algae that settle there. They may sometimes munch on the anemone itself, but the anemone doesn’t seem to mind!

Schools are made up of all males and one female with the female being the dominant fish of the group. She will mate with the largest male, who is second in command, producing thousands of eggs, which they will lay in their anemone. The smaller males will stick around and keep the colony, eggs and anemone safe. They will all spend their lives inside of the anemone, never straying very far (unless to go to a dentist in Sydney)!

Interestingly, clownfish are sequential hermaphrodites, meaning they have the ability to change gender. A trait not found in many species, all are born male and will only transition into female when the dominant female dies. There will only be one female in any given anemone with one dominant male and several smaller juvenile males. The biggest male will become the female, and one of the juveniles will step-up, pack on some weight and become the new dominant male.

Threats to the clownfish

Anemonefish are threatened by the more lethal predators of the reef, such as sharks, eels and bigger fish, but their biggest threat is humans. Due to their rise in popularity, they are a sought after aquarium addition and are often caught in the wild for home or dentist based tanks (think of poor Nemo). If you’re thinking of getting one as a pet, ensure you get one that was bred in captivity as opposed to caught in the wild. 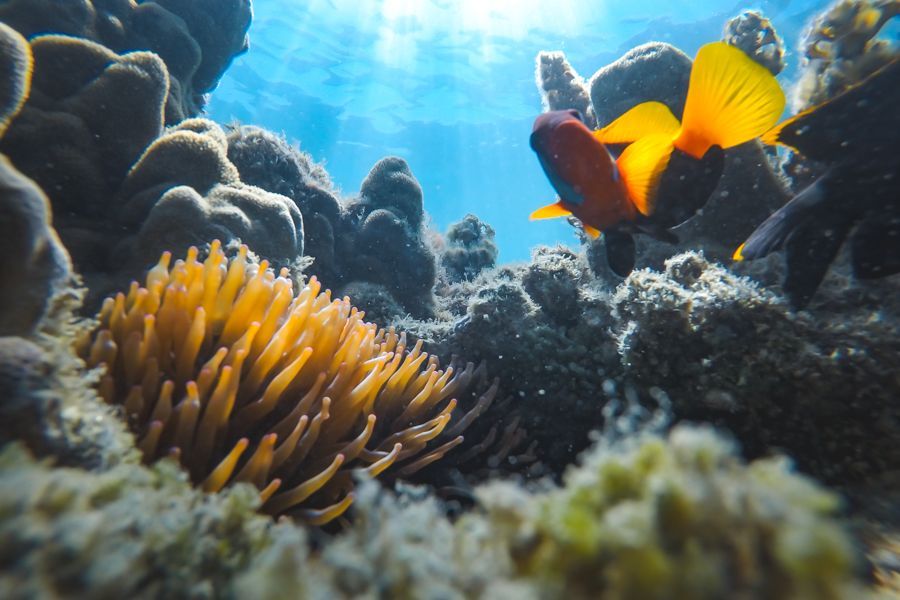 Learn more about the abundant marine life on the Great Barrier Reef here!

To book your next snorkel or dive in the flourishing Great Barrier Reef, get in touch with our local travel experts to book a tour today!