How do I get to the Whitsundays? 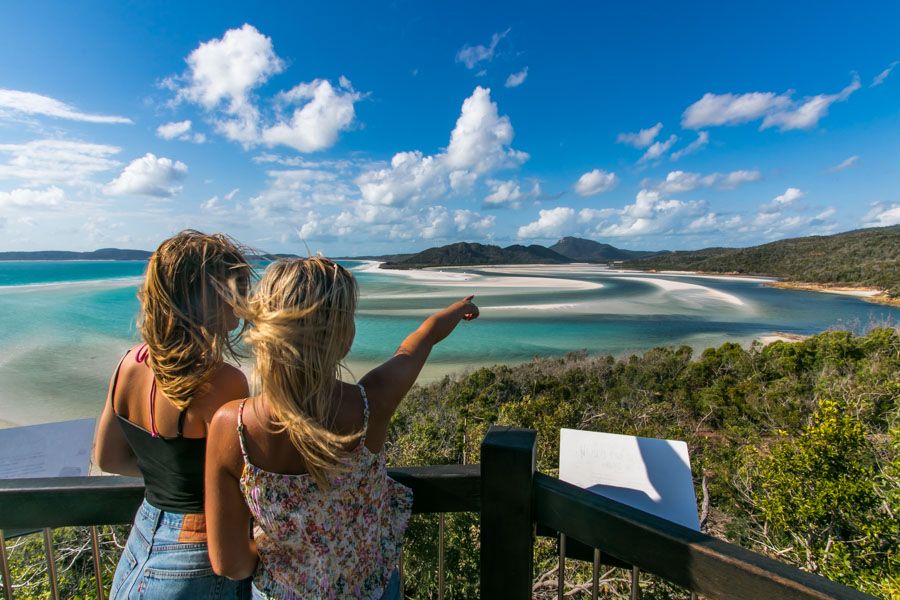 Travellers often make the common mistake of not realising the distance between the Whitsundays and major cities around Queensland and the time it takes to get there. Australia itself is almost 8 million km², while the east coast is thousands of kilometres long. From Melbourne on the south coast to Cairns up north is almost 4,000km alone.

The Whitsundays is a far distance from both Cairns and Brisbane, two places that are often visited in conjunction with a Whitsundays trip, both of which are often assumed to be close by. However,  the Whitsundays region is located 1,000 kilometres (around a 12-hour drive) from Brisbane and is around 700 kilometres (around an 8-hour drive) south of Cairns. This means that if you are driving, you may have to factor in much more time than you anticipated, as these cities are not as close to the Whitsundays as people often assume!

There are many ways of travelling to the region, however, it is important to allow plenty of time to get to your destination before heading out on a trip. 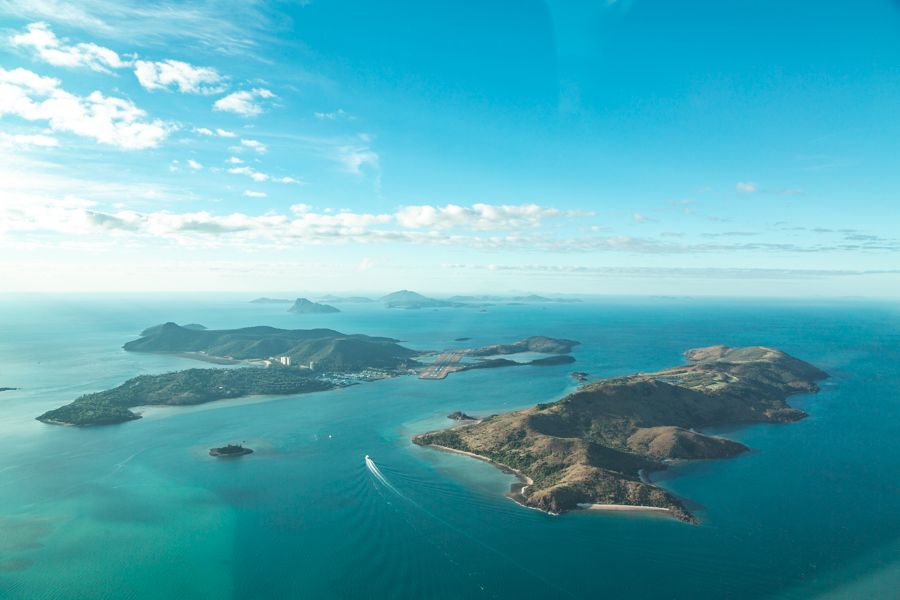 The ferry operator in the region is run by Cruise Whitsundays, and visitors flying into Hamilton Island can book their ferry transfers to coincide with their flight arrival in order to make it to Airlie Beach or the rest of the Whitsundays. Another option is to drive or fly into Airlie Beach, then book a night or two over on Hamilton Island before flying out so you only have to get the ferry one way! It only takes about an hour and has beautiful views along the way, making it an experience in itself! 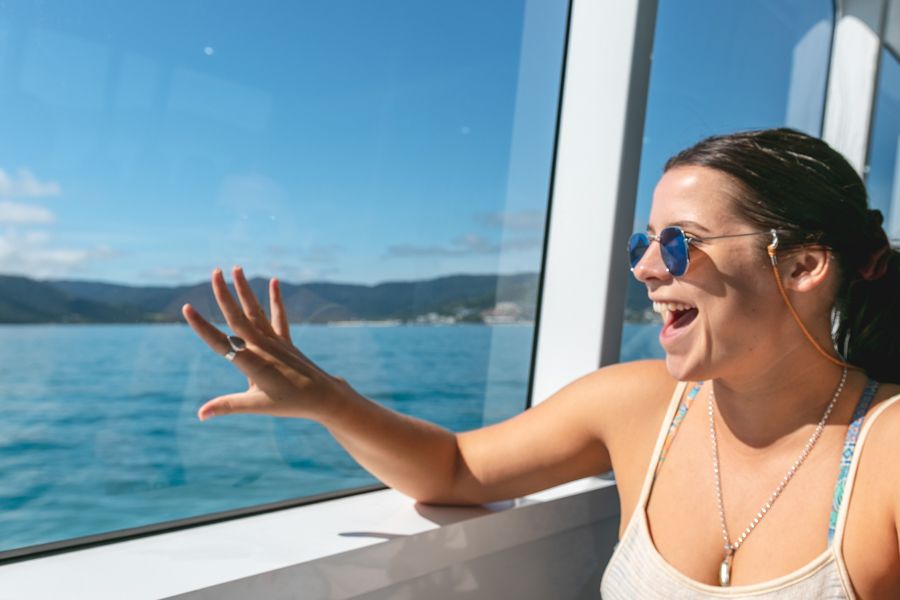 Visitors arriving in Proserpine at Whitsunday Coast Airport (PPP) may opt for an affordable transfer to Airlie Beach. The cost is around $20-25 per person, takes about 20-40 minutes, and there are several companies to choose from.

Check out what flight sales are available through our friends at Webjet here!

The drive from Cairns or Brisbane to the Whitsundays via the Bruce Highway is often an enjoyable one with plenty of things to see along the way and many towns to stop in or even stay the night. There are plenty of places to park your car or campervan during the day or overnight. 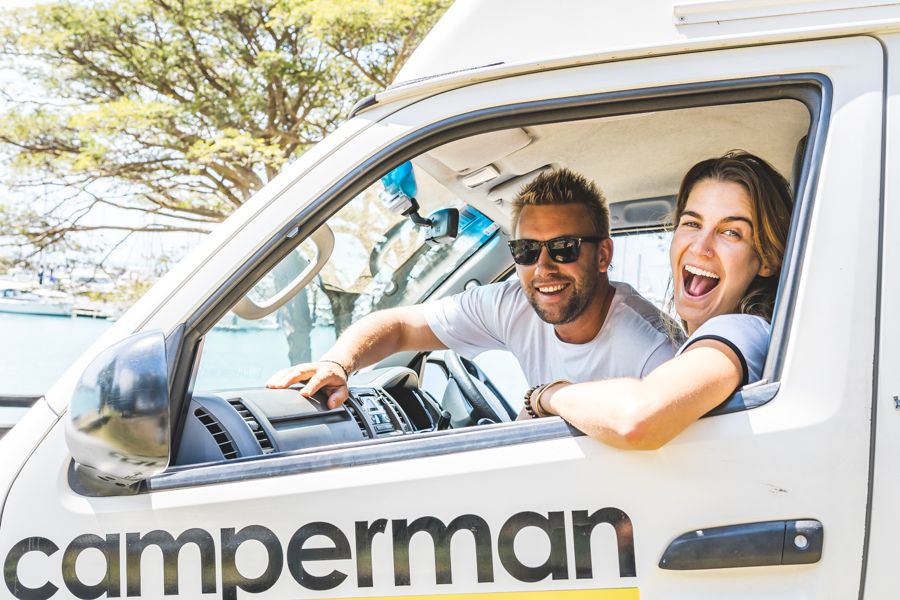 There are available trains through Queensland Rail to Proserpine that depart Brisbane and Cairns.

Major coach companies including Greyhound and Premier run regular services from all major cities to the town of Airlie Beach. This is a great choice if you really want to enjoy the view of the different towns along the way and is also the most budget-friendly option. 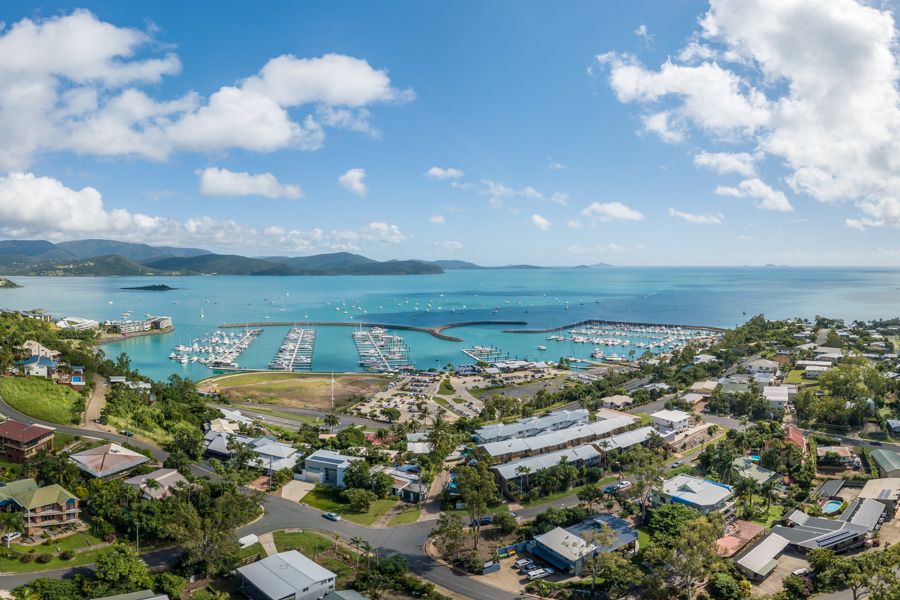 There are so many options to get to the beautiful region that is the Whitsundays, call or live chat to us to pick the best option for you, and start planning your Whitsundays holiday today!