Is Ticket to Paradise filmed in Bali? 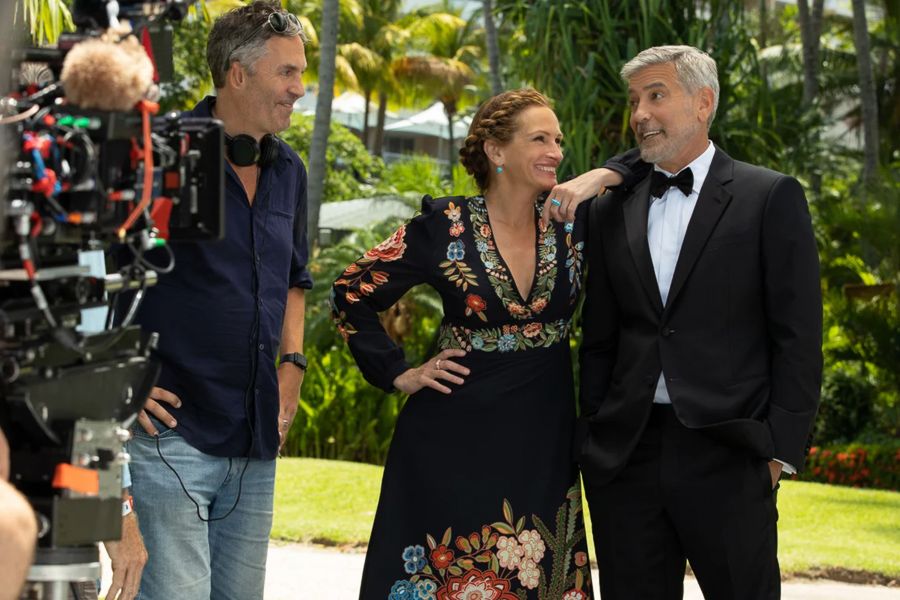 Ticket to Paradise is a Hollywood blockbuster that was released in Australia in mid-September. The film follows the story of a divorced couple (played by mega-stars Julia Roberts and George Clooney) who fly to Bali to attend their daughter’s wedding. Convinced she is making the wrong decision, the pair team-up in an attempt to prevent their daughter’s wedding from going ahead. Clooney and Roberts have starred in films together before and their reunion is already receiving positive feedback from film critics across the globe.

The plot twist is that the movie wasn’t actually filmed in Bali. Instead, Ticket to Paradise was filmed in Australia. In particular, the Whitsundays, the Gold Coast and on beaches close to Brisbane in Queensland. Our beautiful Whitsunday Islands were used as the “Balinese” backdrop you see in the movie. Originally, the film was supposed to be filmed in Bali but due to COVID-19, the cast and crew had to cease production there so they opted for the next best thing… Australia!

The film was directed by Ol Parker who has a famous repertoire of successful movies including The Best Marigold Hotel and Mamma Mia! Here We Go Again. Besides Julia Roberts and George Clooney, the star-studded cast also includes upcoming actresses Kaitlyn Dever (Dopesick and Unbelievable), who plays the daughter and Billie Lourd (American Horror Story and Scream Queens) plays the daughter's friend. Billie is notably known as the daughter of the late Carrie Fisher and granddaughter of the late Debbie Reynolds.

During filming in the Whitsundays, cast members made the most of their down time and relaxed on the resort islands. George Clooney was spotted laying low on Hayman Island, while Billie Lourd was seen playing golf on Dent Island, an island converted into a golf course, as well as taking tours out to the Great Barrier Reef.

Luxury yacht Alani was hired by George Clooney's team to transport him and his family from island to island. The 82-foot deluxe charter yacht can be hired for day or overnight trips and is a classy way to see the Whitsunday Islands. The yacht has a waterslide, stand-up paddle boards for use, all the snorkelling gear you need and its own crew and skipper. Julia, on the other hand, was rumoured to have used a helicopter to island hop. 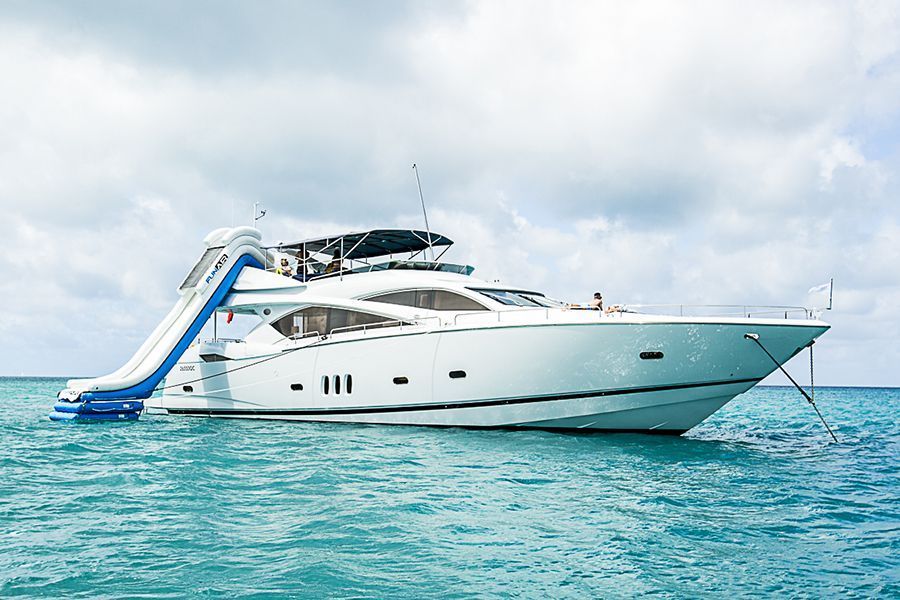 How can I visit Ticket to Paradise's filming locations? 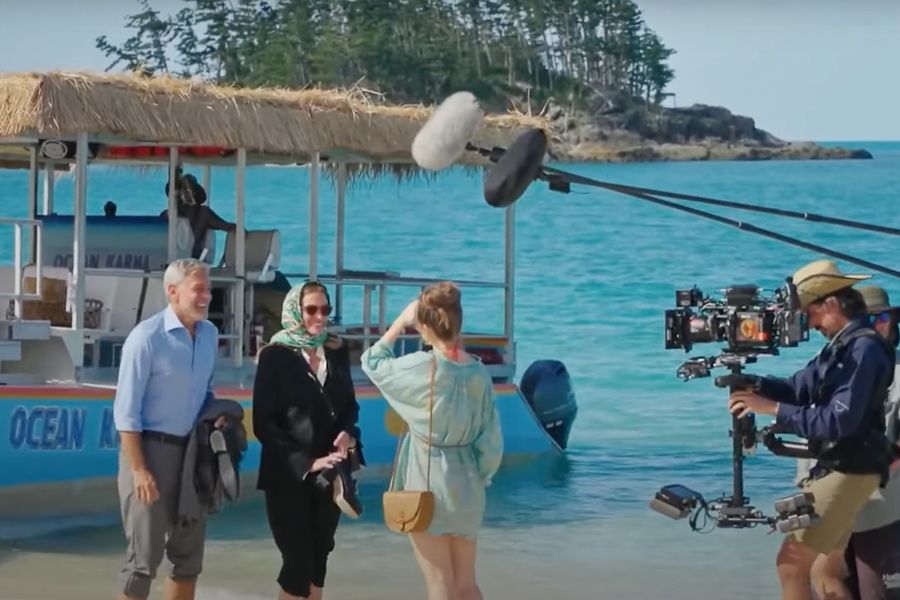 If the film’s dreamy setting has inspired you to book an impromptu holiday to a tropical paradise, then the Whitsundays has your name all over it. Experience the filming locations firsthand on a trip exploring the Whitsunday Islands.

You could stay at the luxurious resort on world-class Hayman Island where George Clooney was spotted… for only as little as $1000 per night! However, we aren’t all movie stars and most of us don’t have a spare thousand to drop each night. So, alternative to that you could fly over the fancy island on a scenic plane or helicopter flight or just sail past and wave out to the millionaires on holiday. 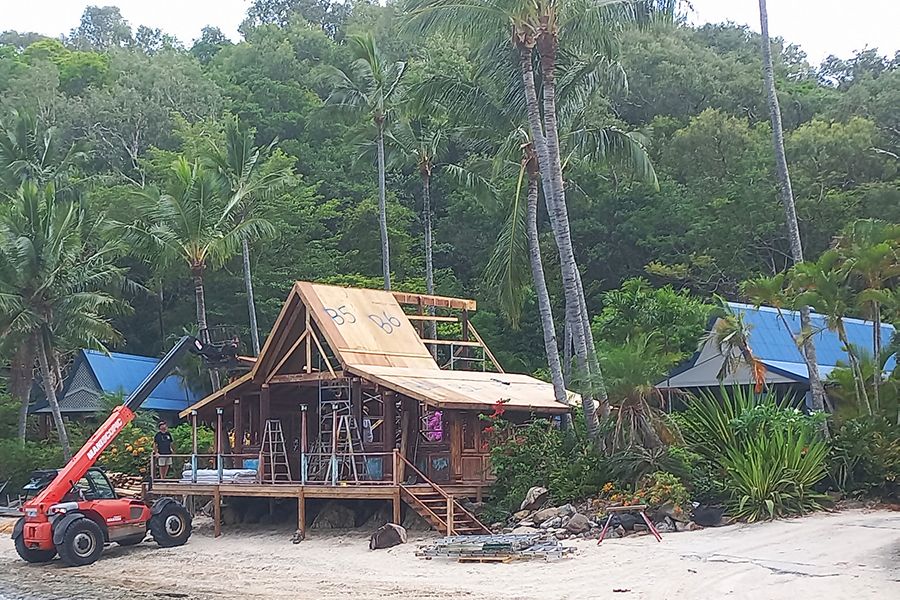 The Universal Pictures production team constructed Balinese-style huts on the beachfront of Long Island’s Palm Bay Resort in the Whitsundays which you can see in the photos above. A night at Long Island’s resort will set you back around $300, far more affordable when compared to Hayman Island.

Other ways to enjoy the Whitsundays include spending a few nights on Hamilton Island or Daydream Island, or staying on the mainland in Airlie Beach. Airlie is the most affordable location to stay at, with options from backpacking hostels to world-class resorts like the Coral Sea Marina. If you choose Airlie Beach, check out some of the day tours that could take you from the mainland and tour around the islands, giving you more insight into Ticket to Paradise's filming locations. 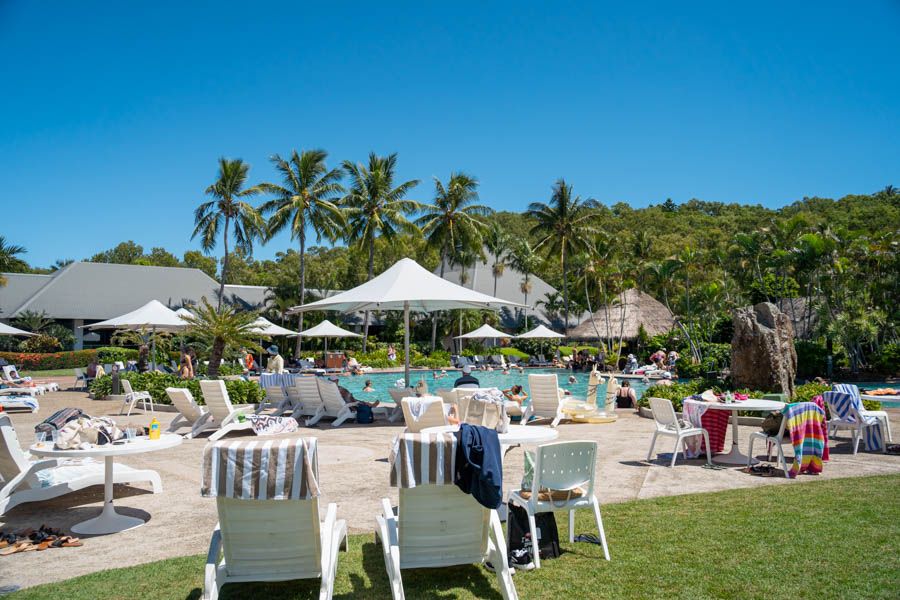 You could also opt for a luxury overnight boat tour that would take you through the region, visiting different islands and bays. Check out the wide array of choice we have in terms of overnight tours in the Whitsundays. From deluxe catamarans with on board spa baths like Powerplay to backpacking party boats with slides hanging off the side like the Atlantic Clipper, there is really something for all!

Other films shot in the Whitsundays 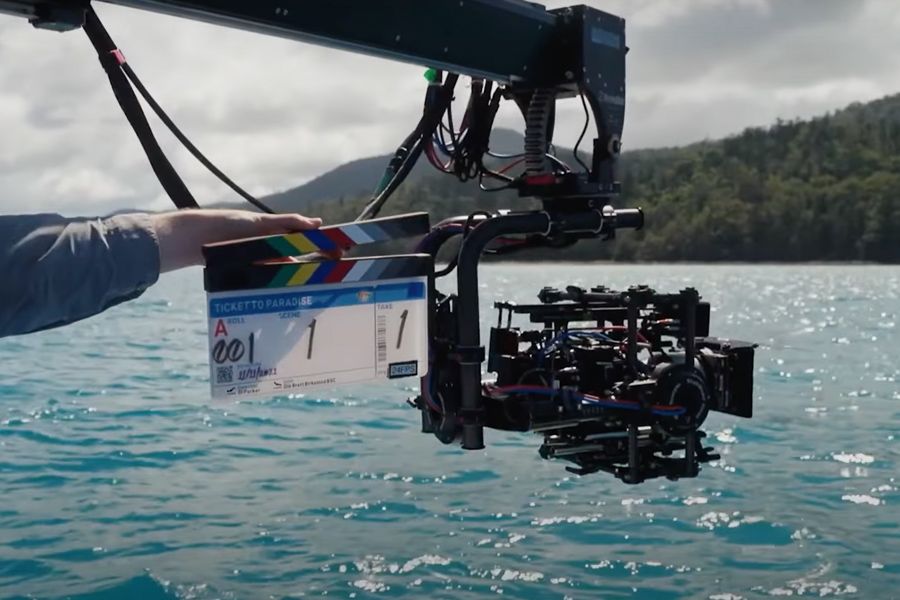 Ticket to Paradise isn’t the first Hollywood film shot in the stunning Whitsundays. Over the years, the Whitsundays has had plenty of exposure in star-studded movies. The region is a natural movie set, with Jurassic-park-looking islands, turquoise blue waters, incredible coral and marine life on the Great Barrier Reef, and blissful sunny weather - why wouldn’t you choose to film a movie in this paradise?

Pirates of the Caribbean: Dead Men Tell No Tales starring Johnny Depp was partly filmed on the well known Whitehaven Beach in 2015. The production team even planted more palm trees and tropical foliage to make the beach look more ‘Caribbean’.

The 2008 adventure film, Fools Gold starring Matthew McConaughey and Kate Hudson was shot in various locations throughout the Whitsundays. The production team chose Whitehaven Beach as their shooting location. However, due to Whitehaven being incredibly popular, the crew hired the daily boat tours that visited the island to ensure there weren’t the usual bucketloads of tourists in the background.

Recently, the Netflix film, Spiderhead was filmed in the Whitsunday Islands. Starring Australian-made Chris Hemsworth, the film used a combination of CGI effects and natural shots of the islands to create their dystopian setting.

If you want to find out more about Ticket to Paradise or you're keen to book that island holiday you've always dreamed of, reach out to our team of travel experts!

Where Was Stan’s New Murder Mystery Black Snow Filmed?
'Down to Earth' Season 2: Zac Efron Makes Waves on the Great Barrier Reef
Come and Say G'day to the Whitsundays
Airlie Beach Festival of Music 2022 Line-up
View All Articles In What's On
Eline
Click To Chat

CW: Great Barrier Reef Tour from Airlie Beach
"Incredible day out on the Great Barrier Reef with family! Very helpful staff. Thankyou ..."
Jodie Manners
Tallship Twilight Sunset Sail
"what a fun night. me and my girlfriends booked on last minute for something to do and it was super f..."
Paige
Tallship Twilight Sunset Sail
"I had a great time. The boat was really cool and had nice deck space to move around. the sunset was ..."
Shelley