Are There Crocodiles in Airlie Beach?

In short, no. Crocodiles are not usually spotted in the Whitsundays or in Airlie Beach.

However, there have been a small handful of sightings recorded over the decades in the area. This handy guide outlines these rare crocodile sightings, safe swimming spots in the Whitsundays area and everything you need to know about being croc wise whilst visiting far-north Queensland. 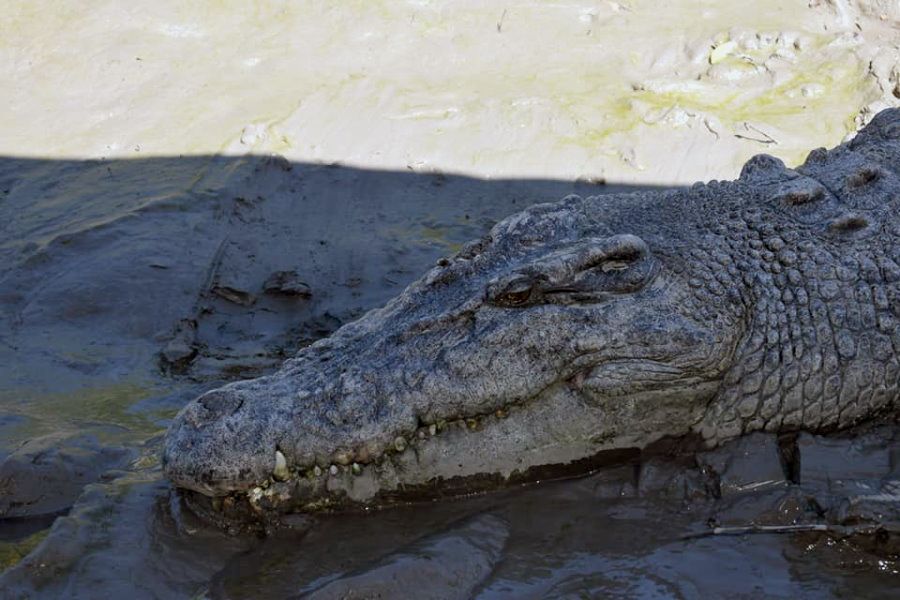 Are there crocodiles in Airlie Beach?

In general, no. However, there have been some rare cases of crocodile sightings around Airlie Beach, particularly around the Coral Sea Marina and Shute Harbour. While these sightings are few and far between, crocodiles are always a rare possibility in these areas.

Saltwater crocodiles prefer murky, brackish water for hunting, but they don’t actually live in Airlie Beach. Rare crocodile sightings have occurred when the reptiles are just passing through the stagnant water of our marinas before heading back to their usual river habitats.

There is an inlet to the Proserpine River south of Airlie Beach, but crocodiles seldom venture from their ideal, murky river waters.

Overall, you’re very unlikely to find a crocodile in Airlie Beach, but it is a rare possibility. Luckily enough, if you do find yourself at a marina or harbour in Airlie, you are probably on your way to the Whitsunday Islands via boat, where crocs are far less of a concern.

Are there crocodiles in the Whitsundays?

No. Crocodiles are not found in the island waters of the Whitsundays, as they prefer to stick close to the mainland and don’t often wander out to sea.

Saltwater crocodiles are extremely territorial reptiles that don’t like to swim very far from the murky waters of their habitats. A rare sighting of a small crocodile was reported off of Hayman Island in 2016, when a young crocodile got washed out of the Proserpine River after a spell of exceptionally heavy rainfall. However, the crocodile was quickly tracked, as such a sighting is so rare around the Whitsunday Islands. 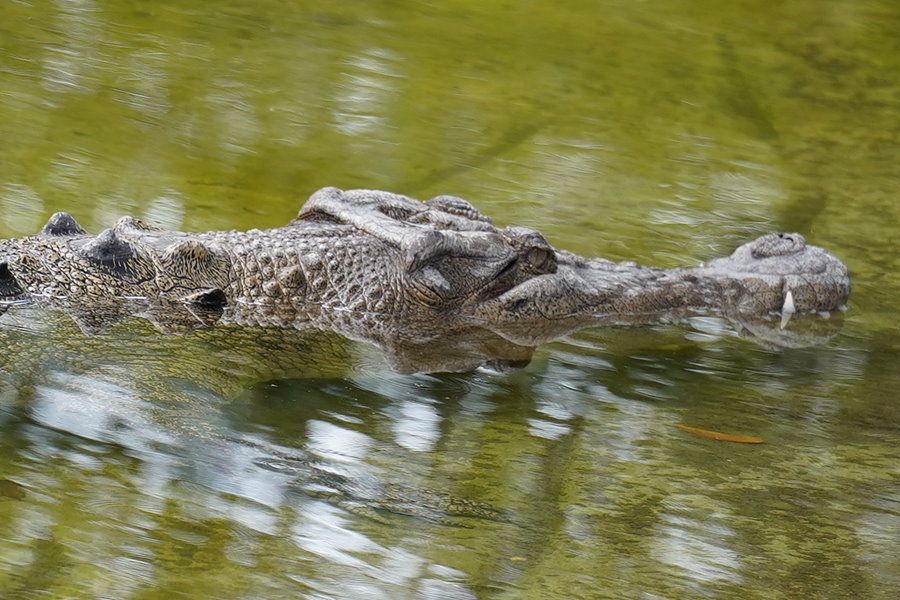 Nevertheless, the waters surrounding the Whitsunday Islands are a croc-safe, wonderous place to swim and explore, and millions of visitors safely do so each year. 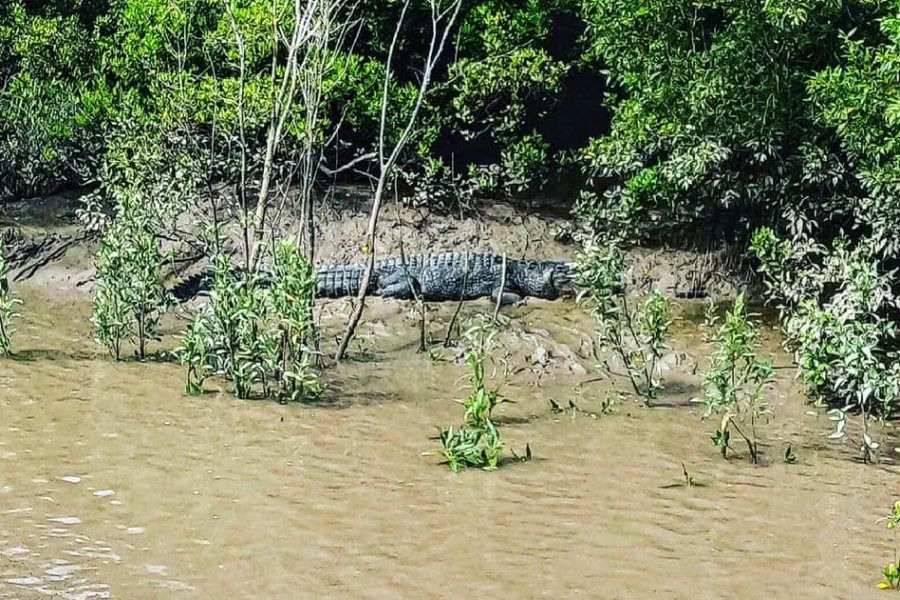 While Airlie Beach and the Whitsundays have only ever seen extremely rare crocodile sightings, the east coast of far-north Queensland is still classified as croc country. Your safety is your responsibility, so visitors should always follow local signage and be croc-wise, especially when travelling further north. 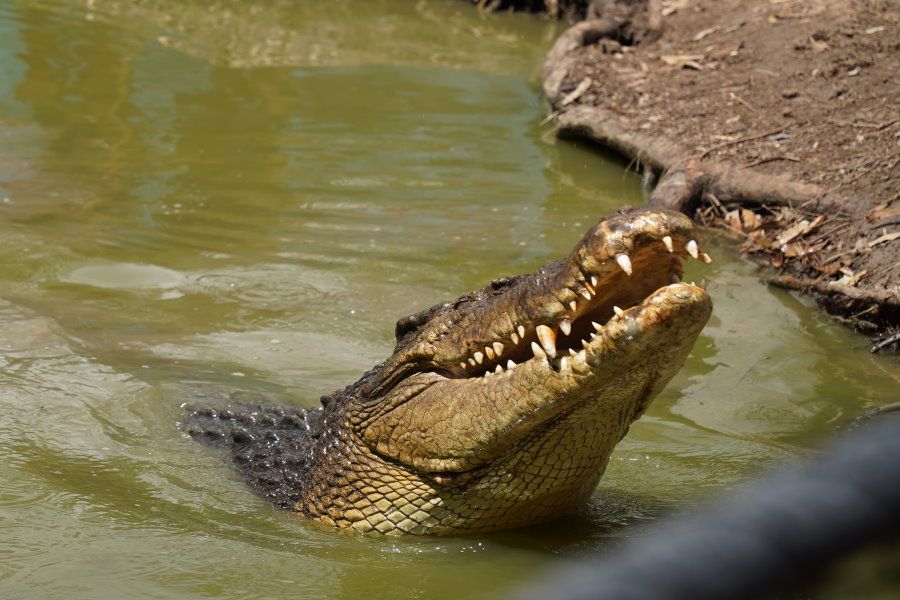 How to see a crocodile in the Whitsundays

If these prehistoric apex predators have sparked your curiosity, you can experience them first-hand during your stay in Airlie Beach. The nearby town, Proserpine, is home to the Proserpine River, which has the highest density of crocodile to water ratio in the world!

Visitors and locals alike should never approach, feed or endeavour to find crocodiles on their own. On a boat and with a guide is the only way you should ever see a croc. 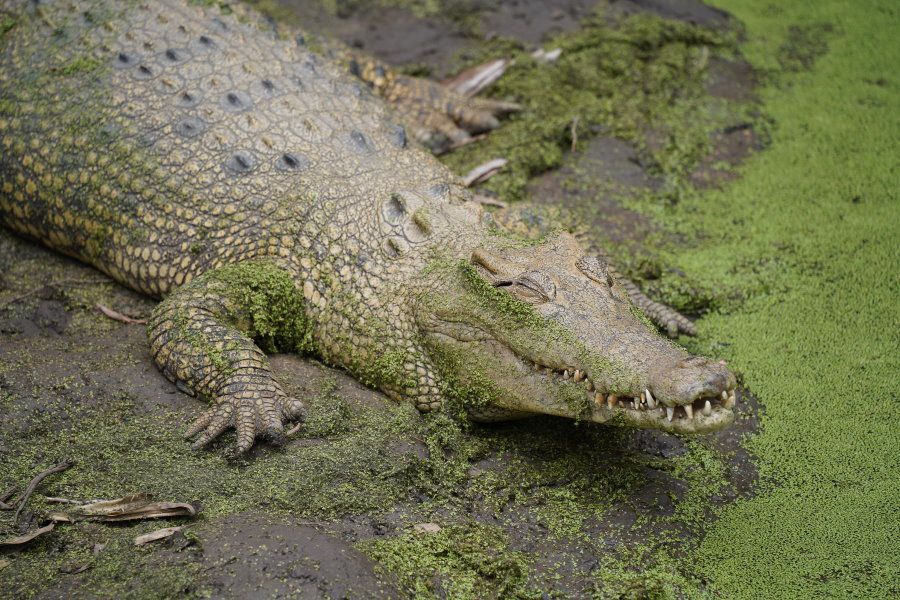 As such, guests can witness awestriking, estuarine saltwater crocodiles in their natural habitats on our Whitsunday Crocodile Safari. Adventure through the Proserpine River on this safe and exciting experience for an authentic Queensland expedition. Or, head down to Bredl’s Wild Farm to check out an array of native Australian wildlife, including the mighty saltwater croc! 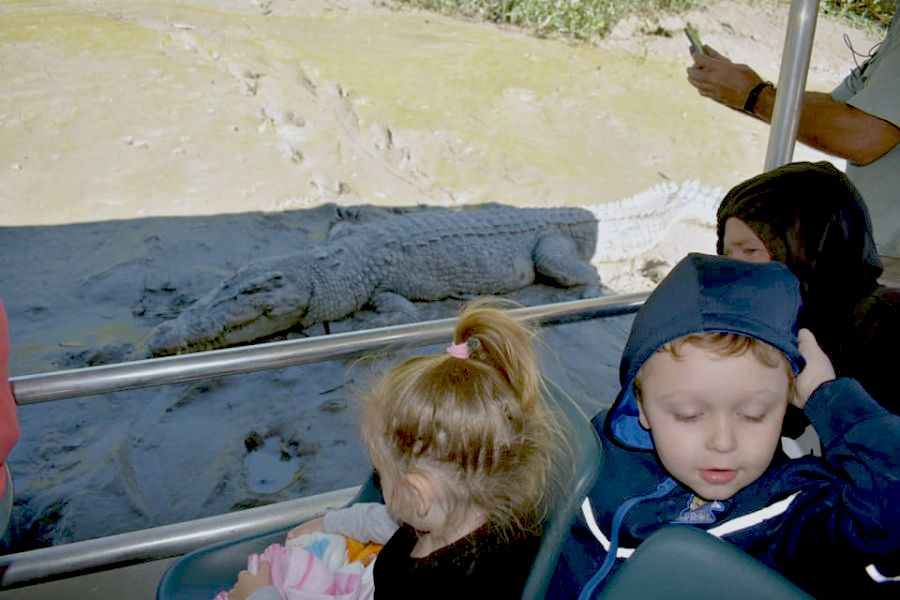 Just  a few hours drive North of Airlie Beach you will also find Billabong Sanctuary which is a Native Wildlife Park
You meet with your favourite Australian animals in Billabong bush setting, Daily they have crocodile feeding where you can watch these prehistoric reptiles leap from the water to grab their dinner. 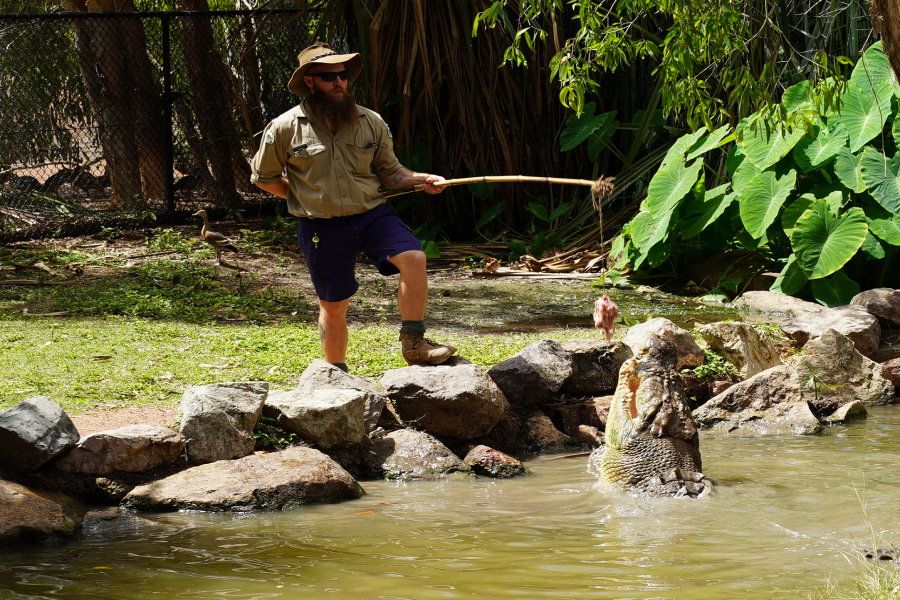 The Saltwater crocodile or internationally known as the Estuarine Crocodile is the largest living reptile in the World.
they are also a cold blooded animal, which is Crocodiles generally live only in warm climates to help regulate their body temperature. They do not like cold weather which is why they are only found in Northern Australia 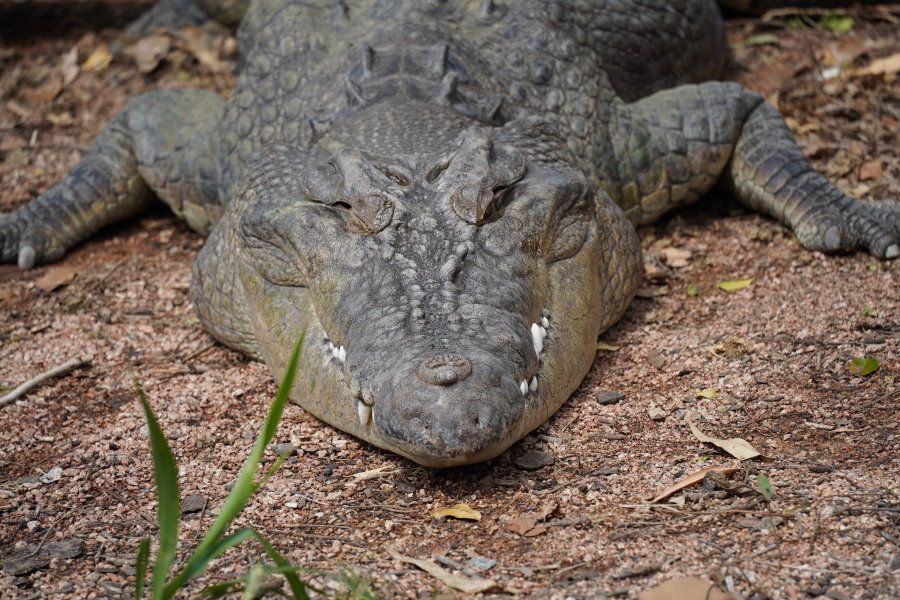 For any questions or tour bookings get in touch with our local experts, here!