Why is the Great Barrier Reef a World Heritage Listed Site?

The Great Barrier Reef is a World Heritage-listed site due to its unique biodiversity, rich Indigenous history and subsequent universal importance.

It’s really no wonder why this feat of nature is a cherished tourist destination for residents and visitors to the Whitsundays region. With unique, flourishing fringing reefs and impeccable snorkelling and diving opportunities, the Great Barrier Reef is a bucket-list item across the world… especially for those who have seen Finding Nemo. But why is the Great Barrier Reef a World Heritage-listed site, and what does that mean for the reef exactly?

What does World Heritage listed mean?

World Heritage areas are designated by the United Nations Educational, Scientific and Cultural Organization (UNESCO), and are used to represent and protect places with a “universal value to humanity.” World Heritage-listed sites can be designated according to outstanding physical, environmental, historical and/or cultural value, as means to protect, appreciate and preserve them for future generations. These sites are globally acknowledged as conservation areas, and with threats to natural environments such as climate change and deforestation rapidly increasing, World Heritage listings have never been more important.

The Great Barrier Reef was listed as a World Heritage Site in 1981 when UNESCO recognised its environmental wonder and scientific importance. Other World Heritage-listed sites include Machu Picchu in Peru, the Great Wall of China, the Pyramids of Giza in Egypt and Fraser Island (K’gari) right here in Australia. 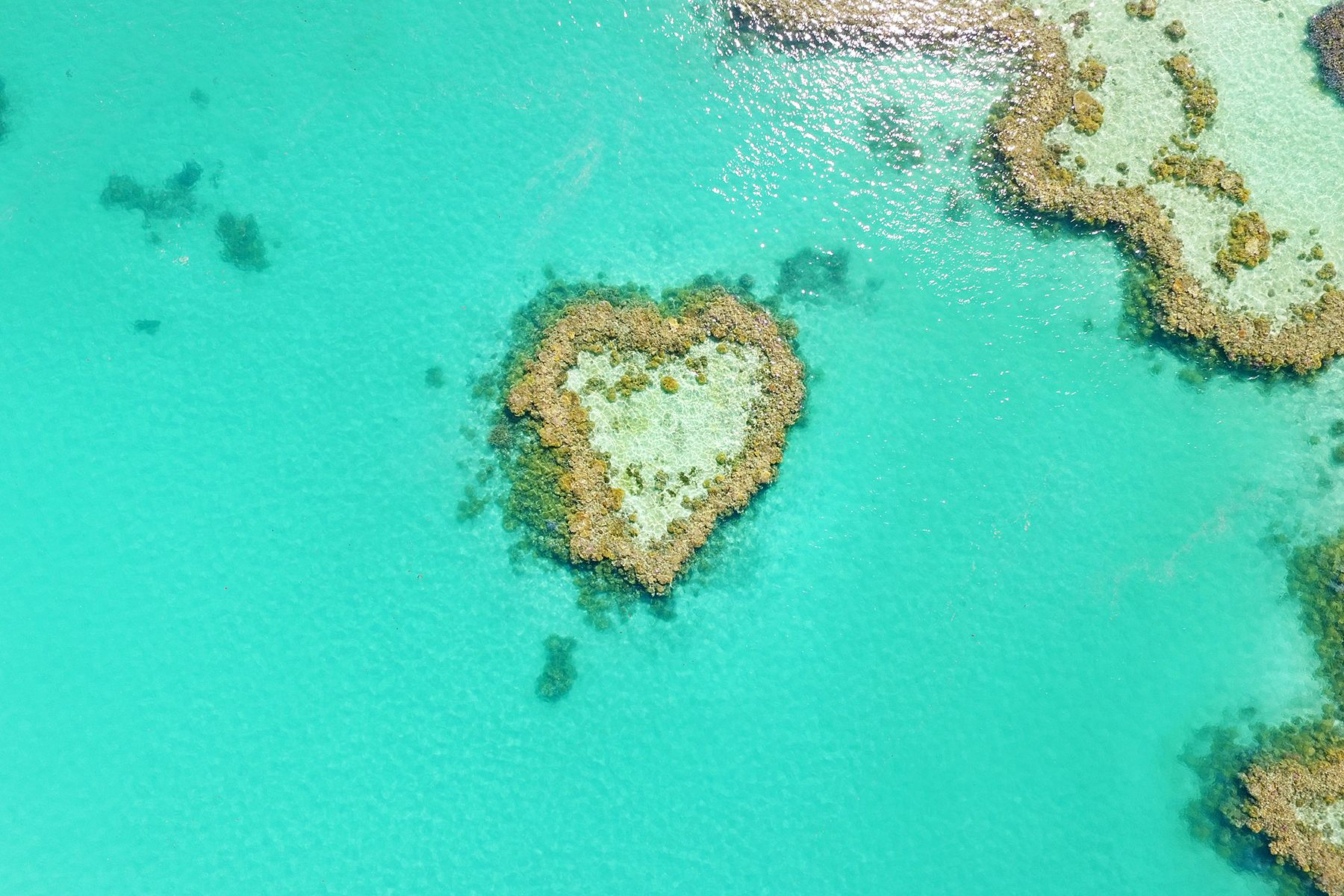 Why is the Great Barrier Reef a World Heritage listed site?

From vibrant fringing reefs to deep, expansive oceans, the Great Barrier Reef is home to an abundance of flora and fauna not found anywhere else in the world. From humungous Humpback whales to the microscopic phytoplankton, this expansive coral reef is home to wondrous organisms of the land, sea and even sky! This includes over 100 different kinds of Jellyfish, 1630 types of fish, 133 shark and ray species and a whopping 3000 types of molluscs! Learn more about the vast variety of species found living in and amongst the Great Barrier Reef here.

Of course, to support such a bustling underwater forest of creatures, the Great Barrier Reef holds an incredible diversity of both hard and soft coral species. While you may think that corals are underwater plants, corals are actually animals! Or more correctly, colonies of thousands, and sometimes millions of tiny organisms called polyps. With over 3000 individual coral reef systems existing within the Great Barrier Reef, marine biologists and researchers have discovered over 600 different types of coral species. Corals are particularly vital to underwater ecosystems, as they provide shelter, reef structure, protection and even food for other creatures of the reef. 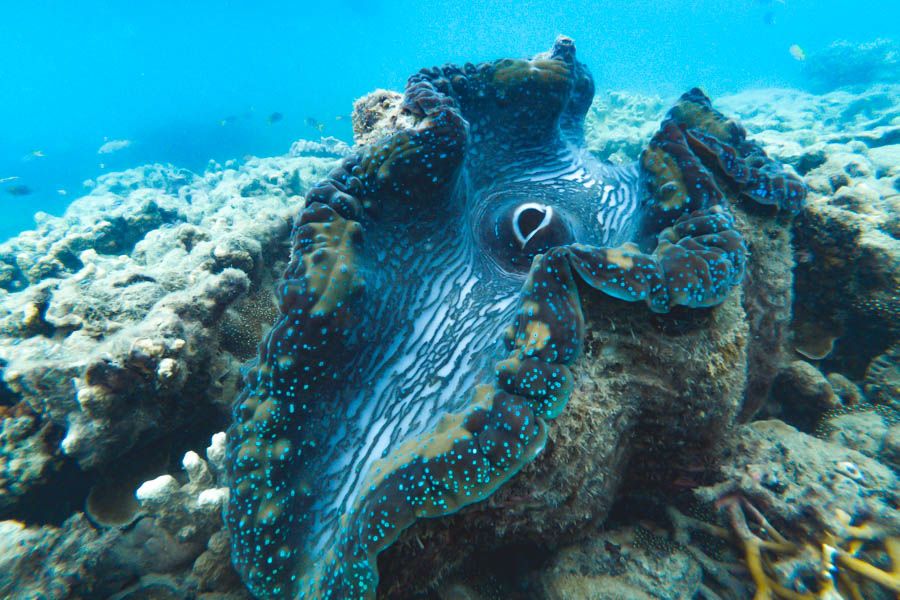 With its vast span along the East Coast, the Great Barrier Reef is rooted in a variety of rich Indigenous histories. Aboriginal and Torres Strait Islander peoples are the custodians and Traditional Owners of the land and seas thousands of years before the European invasion. The First Nations peoples of these sites have shaped the unique ecosystems we have today, and the Indigenous history of the Great Barrier Reef must be protected just as much as the reef itself.

At least 70 Aboriginal and Torres Strait Islander clans lived in harmony on, and with, Sea Country along the entirety of the Reef. The Ngaro peoples inhabited the Whitsundays, maintaining and living alongside the rich oceans, mangroves and island seascapes. Incredibly, Indigenous inhabitants lived on what is now the seafloor of the reef before sea levels rose 7000 years ago. Culture, values, stories and traditions were interweaved with sustainable means of surviving alongside the land and sea, as the Aboriginal and Torres Strait Islander inhabitants enriched spiritual connections to Country. The Great Barrier Reef Marine Authority (GBRMPA) works with Aboriginal and Tores Strait Islander land custodians to implement and conserve the reef using knowledge of traditional practices and values.

Unceded Indigenous sovereignty has put many pressures on the Great Barrier Reef, and Aboriginal and Torres Strait Islanders continue to face major dispossession, displacement and repression. UNESCO outlines the importance of working with First Nations peoples to learn from past practices to maintain the reef and rekindle, preserve and protect the quintessential, invaluable Indigenous histories and stories. 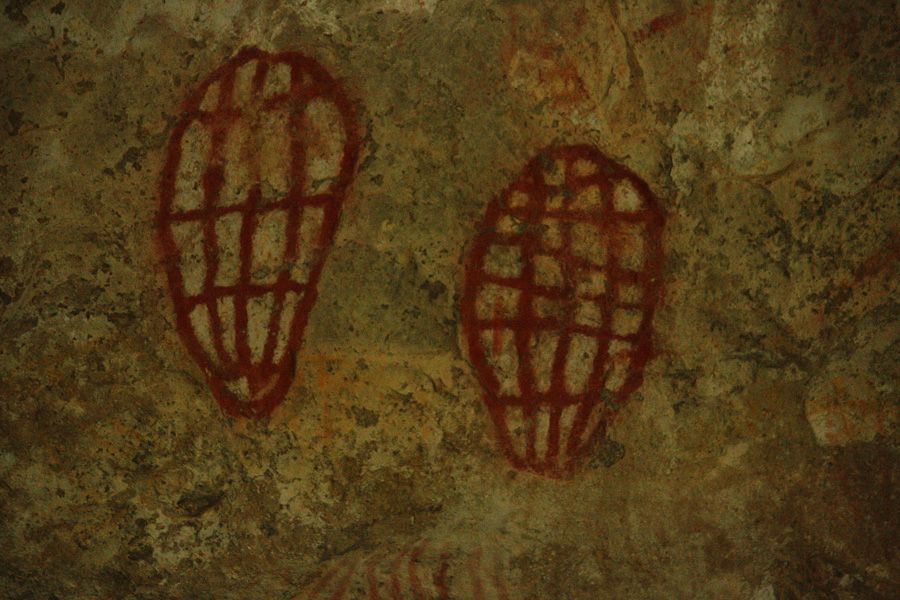 What does the World Heritage listing mean for the Great Barrier Reef?

The World Heritage Committee has adopted a Global Strategy to guide the conservation of all Heritage-listed sites. Recently placing emphasis on traditional cultures and environmentally valuable sites, the World Heritage Committee upholds ongoing efforts and global conversation around incredibly important conservation of landmarks, natural ecosystems and cultures that benefit all of humanity.

The Great Barrier Reef is also managed and protected by the Great Barrier Reef Marine Park Authority (GBRMPA), which is involved in a range of research and programs to maintain the reef. The GBRMPA is responsible for a lot of zoning, invasion species control (such as the crown of thorns starfish), field management, coral bleaching research, climate change management and tourism regulations. 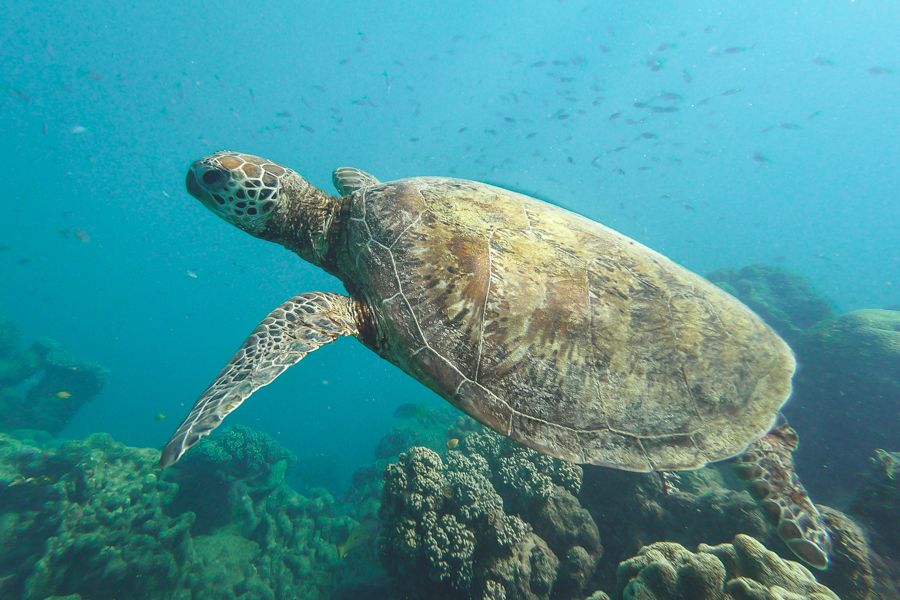 Threats to the reef & recent controversy

We are so incredibly lucky to have a global wonder and World Heritage-listed ecosystem right in our backyard. Discover and learn about the Great Barrier Reef… indeed, education is the key step in global awareness for our precious reef.

With a range of eco-certified tours available, you can explore the Great Barrier Reef while travelling eco-consciously through the Whitsundays.

To plan your next trip to the stunning Great Barrier Reef, chat to one of our friendly travel experts today!

Lady Enid Sunset Sail
"The sunset sail was great. the boat is beautiful and we had a lovely sail around the bay. the trip w..."
JULIA & ANDEJ
Tallship Twilight Sunset Sail
"Was really nice. We had a great afternoon. Sunset was nice...."
Avan
Sundowner Sunset Cruise
"REally great evening tour ot see the beautiful Far North Queensland sunsets. Staff were friendly too..."
MURPHY