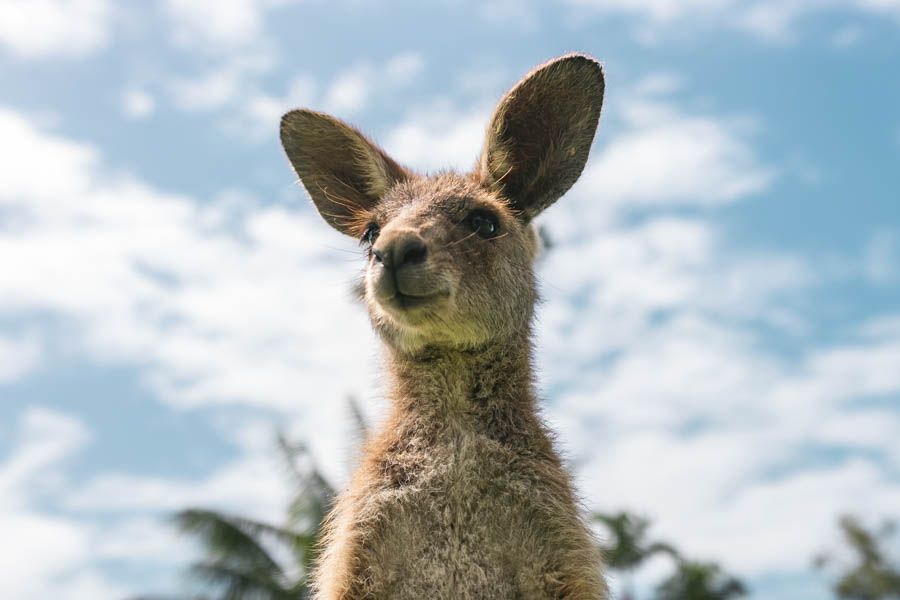 Australia has long been known for its diverse and unique species of wildlife, with hundreds of distinct marsupial species found only in certain areas throughout the country. The Whitsunday region and its surrounding areas are no exception to this rule, with several rare and endangered species. One of the most fascinating is the Proserpine Rock Wallaby, which is found living only in the rainforest surrounding the region and on Hayman Island, one of the area's most known islands.

The Proserpine Rock Wallaby is traditionally a shy and timid animal, and will retreat quickly into its rocky home when threatened or disturbed. Covered in light brown or grey fur, it is well camouflaged for its environment and this, along with its timid nature, makes it difficult to study or even find. Initial observations show its behaviour as mostly nocturnal, with an adult resting in shaded areas for most of the day, before feeding mostly on leaves during the night. In periods of drought the Rock Wallaby has also been known to move as far as the forest edge to feed on grass.

Despite being listed as a critically endangered species, the Proserpine Rock Wallaby is still very vulnerable to habitat loss. The rapid growth of tourism and agriculture in the Whitsunday region has pushed the Proserpine Rock Wallaby into smaller and smaller isolated communities, with many populations now being entirely cut off from one another due to roads and development. Road deaths are also common, as the Rock Wallaby is pushed further from its habitat in search of food. Feral dogs and dingoes may also prey upon the Rock Wallaby, and diseases spread from feral cats in the area, which also affect populations.

Conservation efforts towards the Proserpine Rock Wallaby include the limitation of agricultural and housing development in known habitual areas, as well as special reflector lights installed along roads, to inhibit the Rock Wallaby from crossing in front of cars. However the threat from feral dogs remains, as home owners are unlikely to refrain from owning pets. Despite efforts, the future of the Proserpine Rock Wallaby remains in the balance as the Whitsunday region continues to grow and prosper.