The sharks you will be most likely to see while diving or snorkelling on the Great Barrier Reef are our very timid reef sharks, very at home amongst the coral, these very impressive small sharks are often seen cruising around the shallow waters of the Whitsunday Islands and reefs. Keep a lookout in the shallows for a close-up view when visiting White haven Beach. To see these sharks cruising the reefs will be the highlight of your time underwater and a truly memorable experience. 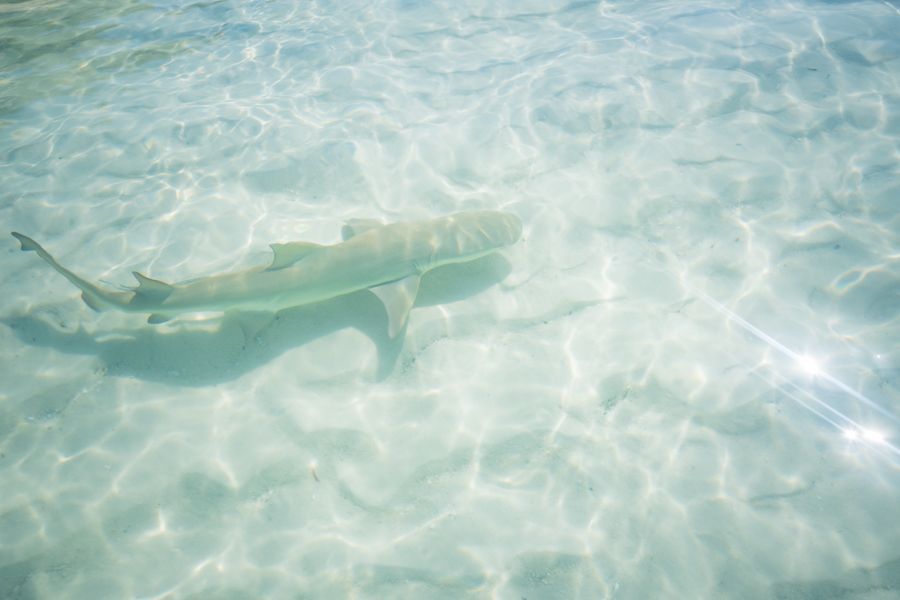 The whitetip reef shark is one of the most common sharks found in shallow tropical and warm temperate water around coral reefs on the Great Barrier Reef. Look for them during the day as they lay to rest from the nights feeding on sandy patches in the reef. Usually found in 8 meters or deeper, when disturbed they will swim away very quickly. Reef sharks are scared of you much more than you are of them!

The tips of the sharks first dorsal fin and upper caudal fin are white hence the name White tip reef shark. The upper body is grey/brownish. Their average length is about 140 to 160 cm and the maximum reported length is 2.1 m (7 ft).

The white tip reef shark feeds primarily on crustaceans, octopi and fish. This bottom-dwelling shark is nocturnal and is often seen resting on the bottom during the day, sometimes in small groups. It is not aggressive and will generally swim away if disturbed, although it may bite if harassed. At night it hunts among crevices in the reef. It is estimated that this shark can live for about 25 years and reaches maturity after about five years. 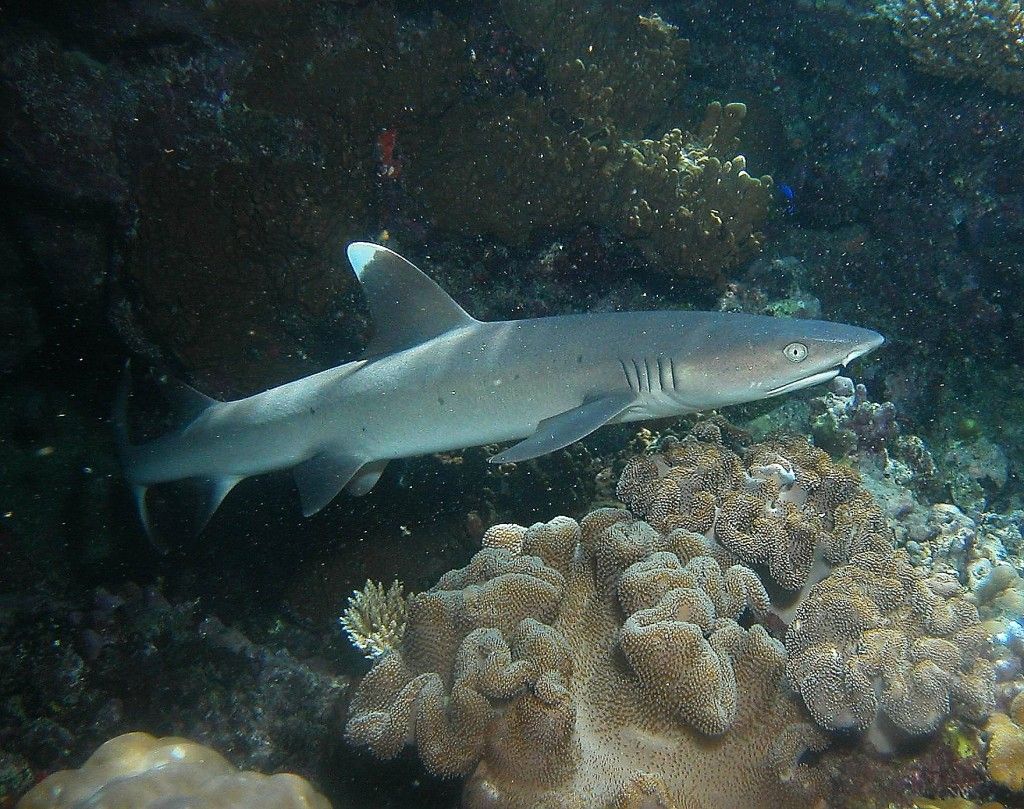 Another of the most common sharks found in shallow (sometimes as shallow as 30cm) water around coral reefs of the Whitsundays. As its name suggests, the tips of the shark's pectoral fins and dorsal fin are black, with a white underside. Its skin is brownish in colour on the top half of its body. It has been recorded at up to 2 m (6.5 ft) in length and over 99 lbs (45 kg) in weight. Its snout is blunt and rounded. 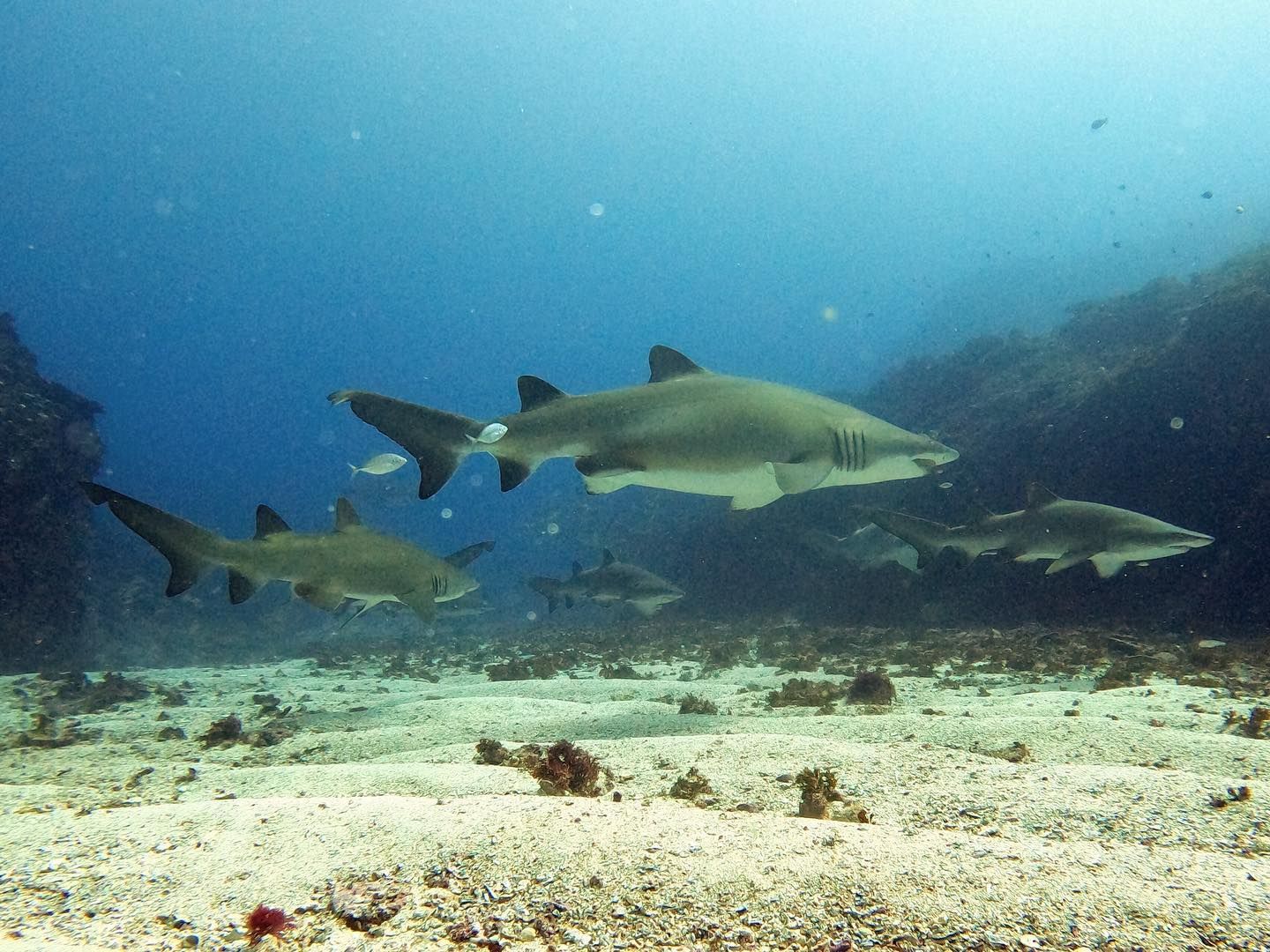 To book your next snorkel or dive with these wonderful, tranquil creatures, get in touch with our travel experts today!

Before you dive in, learn about shark safety in the Whitsundays.