The Green-Tree Ant, also known as the Weaver Ant is a common sight amongst the bushland and rainforest of the Whitsundays. The Green Ant is famous for the elaborate nests it constructs in the hanging branches of trees, and also for the ferocity and territorial aggression it displays to any attacks or intrusions. Named after the vibrant colour of its abdomen (the large, tail-end of the ant body), the green ant is found all throughout Northern Australia.

The most characteristic feature of the Green Ant is the way its nests are constructed. Built by sticking leaves and branches together with a silk produced by special larvae glands, the nests resembled large, spherical orbs, which can be several inches in diameter. These nests are grouped close together to form colonies that can span up to a dozen trees and hold over 100 individual nests. 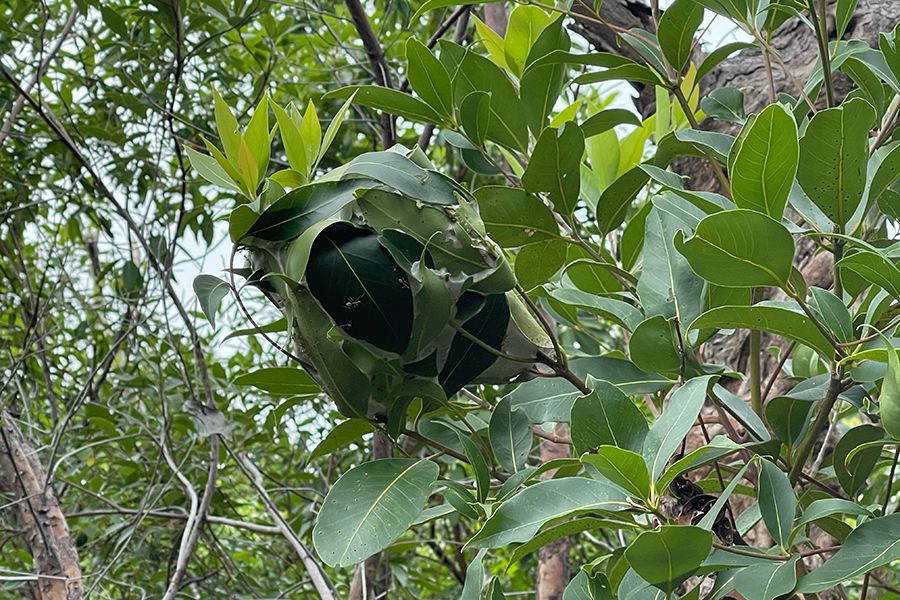 Population numbers can reach up to 500 000 in the larger colonies, which can live for up to eight years in one place. The individual ants will be split into minor workers and major workers. Minor workers remain inside the nest, tending the larvae, whilst the major workers are actively involved in defending the colony and foraging, as well as caring for the queen.

The Green Ant is known for its aggression, and it's not unusual to see hordes of ants emerging from a nest when it is threatened, either by humans or by other wildlife. The bite of the Green Ant can be particularly painful, especially when bitten by several ants at once. The Green Ant will also release formic acid from the tip of its abdomen when threatened, which is responsible for the acrid smell often associated with ants.

The Green Ant has long been used as a natural form of pest control, and methods of natural biological control using the Green Ant has been practised in some parts for hundreds of years. Farmers in south-east Asia regularly build rope bridges between trees, to allow the Green Ant easier access to un-colonised trees. Large colonies of Green Ants require significant amounts of food and colonies living near fruit trees and orchards will naturally prey on the insects that inhabit such environments. Fruit trees that are home to Green Ant colonies produce better quality fruits and show fewer signs of leaf damage. 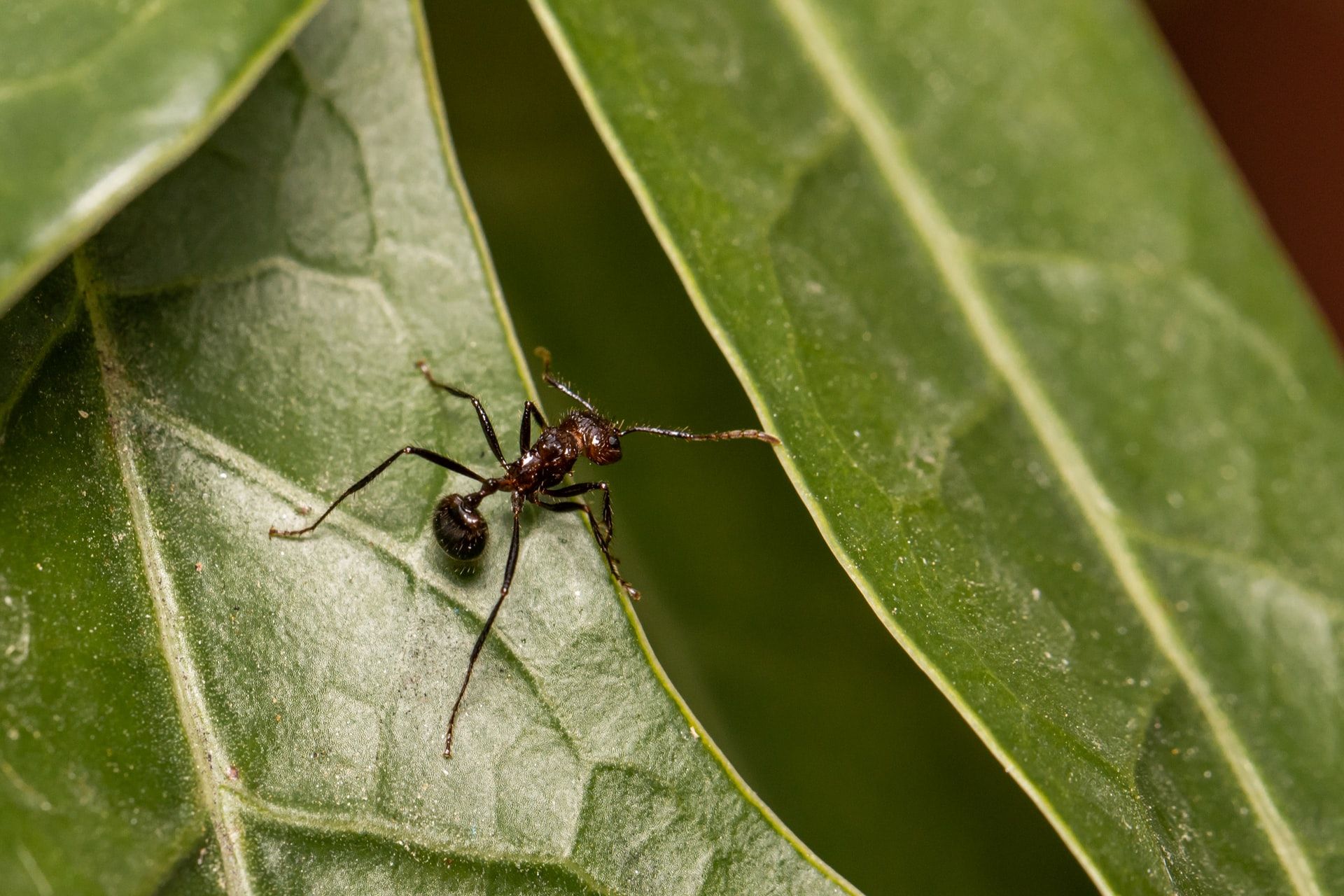 The Abdomen of the Green-Tree Ant has been regarded as a traditional food for many years by Australia's Indigenous community. Studies have shown the Ant's abdomen to be high in protein and Vitamin C and have a citrus taste. A traditional remedy for coughs and colds is to immerse an entire green ant nest in hot water, crush it and boil it and then drink it. Green Ant bites can also reduce the symptoms of fever.

The Green-Tree Ant is a common attraction in the Whitsundays, with colonies prospering all over the islands. Hill Inlet Lookout and Haselwood Island are both common Green Ant and nest areas!