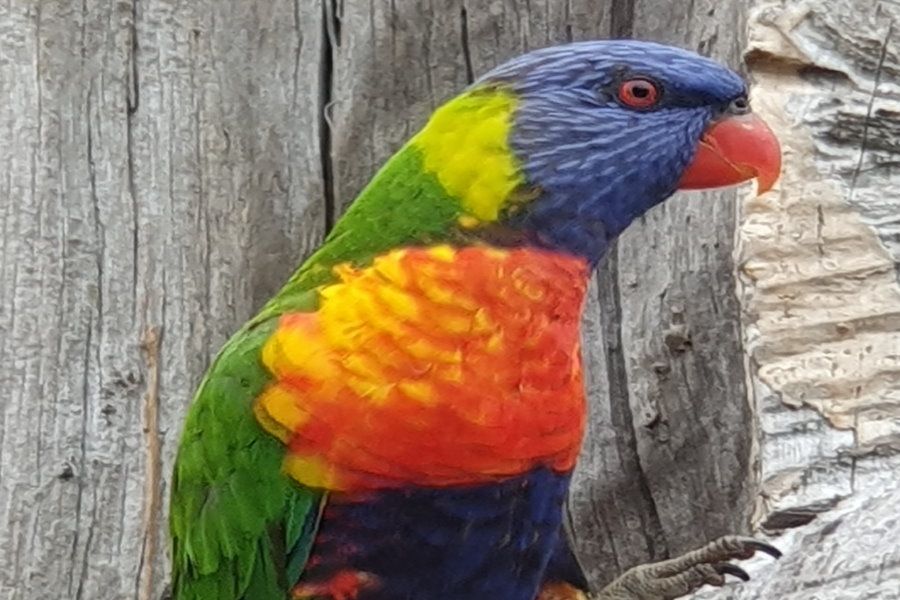 The Whitsundays is home to the colourful and friendly rainbow lorikeet, a species of parrot that are common all along the coast of Australia. They are easy to identify with their rainbow plumage, where they are an array of red, blue green, orange and yellow. They are a small species - a little larger than a human hand - but very largely make themselves known. They tend to gather in flocks that can sometimes number the hundreds and can get quite loud when gathering. They'll often be spotted together in trees, usually getting together around dusk.

Both males and females look the same, with a blue head, red beak, green wings and a yellowish, orange breast. They feed on pollen, nectar, fruit, seeds and insects are are often spotted in trees with flowers or fruits.

Lorikeets are usually friendly and inquisitive with humans and are very active in the mornings and afternoon. They are fast fliers and are often spotted quickly zipping around the Whitsunday skies or landing in large groups.

They are true parrots and are native to Australia and Indonesia and are found along the eastern seaboard in Australia.

Both the males and females take part in building a nest for their young, but it is only the female who incubates the eggs. Nests are often found on decaying wood or in the hallows of trees. They nest in the the spring, which is in September to December, usually having one to three eggs at a time. Young stay in the nest for 8 weeks, but with their parents for a total of 10 weeks after hatching. Males and females mate for extended periods of time, sometimes for their lifetime.